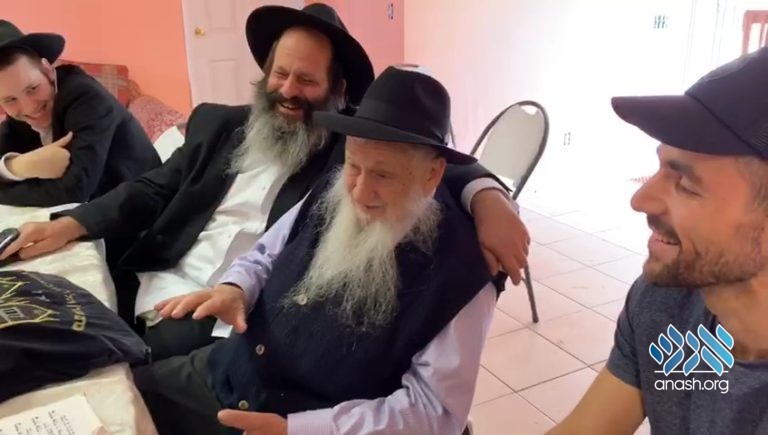 Among the things we do as Chassidim, there are the actual goals (learning chassidus, being fully devoted to the Rebbe, davening properly, etc.) and then there are things we do that were never intended to be an ‘end’ for themselves, rather were only intended to be a means to help us get to those ends. Yet, sometimes we get sidetracked and lose focus, and begin to consider those means as ends for themselves.

In the video posted below, Reb Avrohom Aharon Rubashkin ‘שי, beautifully tells over in Yiddish a vort he heard from his uncle Reb Peretz Chein, that brings out this point very well.

The vort goes as follows:

In the days of old, if one wanted to become a tailor, they would teach him three things: 1) how to lie. 2) how to steal. 3) how to actually knit and sew…

Because competition was great, in order to succeed one needed to know how to lie. If someone came to the tailor and said, I need a jacket sowed for me by Chanuka, the tailor needed to make sure he wouldn’t lose this customer to another tailor, so he would say “sure I can have it ready by then,” despite knowing full well that he was already backed up with work and would not have it done by them. Then, when Chanuka arrived and it was not ready, he would make up some excuse why although he truly intended to have it done, it so happened that he was not able to.

He also needed to learn to steal. Because profits were just not enough, the tailor would tell a customer who wanted a suit sewn, to order more material then was actually needed, for which he’d charge the customer, and would then use the extra material to sow something small and sell it in the market.

And then of course he also needed to learn how to do the job, how to knit and sew…

The first two things, how to lie and steal, every young aspiring tailor picked up very quickly… however not always did he always manage to learn how to actually knit and sew….

So too, said Reb Peretz, is the case for one who wants to be a chossid.

Ever chossid needs to learn three things. 1) to be chutzpah’dik. 2) to drink some mashke. 3) to actually learn chassidus and be immersed in it.

Because being a chossid means going against the tide and not caring about what the rest of the world thinks, a chossid needs to learn how to be chuzpah’dik and not be nispoel from others.

Because going against the tide is no easy task, and can often make the person feel low and depressed, he needs to uplift himself by drinking mashke from time to time.

And of course, being a chossid actually means learning chassidus and being really immersed it.

Aspiring chassidim all very quickly learn the first two traits, but not always do they actually acquire the third one and actually begin learning chassidus….