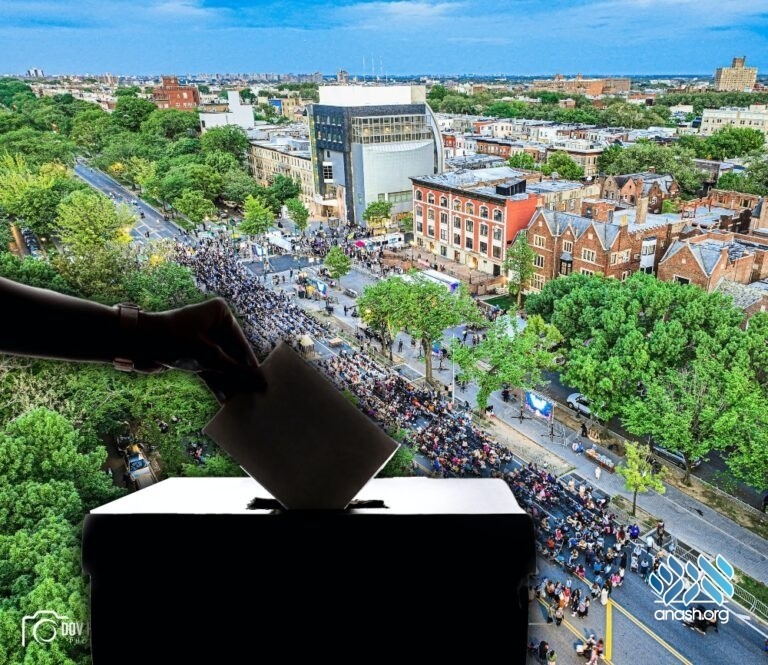 Oped: Community alerts, notices, bloc votes all of this was bombarding us for the past month. But what about OUR community, a community of growth, where we see huge development and expansion?

Community alerts, notices, bloc votes all of this was bombarding us for the past month. But what about OUR community, a community of growth, where we see huge development and expansion? The demographics of our community is evolving and the kids of ten years ago are the parents of today.

Why haven’t we had elections for our community which DIRECTLY affect every single community member?

Crown Heights and elections used to be like oil and water, it has always been an issue.

That all changed yesterday.

We see our leaders and activists speaking strongly about each person having an opinion to share by way of casting a vote. We were urged to come out to show that we matter. We were told that the best way for the government to recognize our needs is to vote!

The last communal election in Crown Heights was ripe with anonymous blogs and websites that were used to support potential candidates. To this day some of the people who were behind those websites still have their identities unknown.

That is no more. We see clearly that the activists and leaders of our community today are no longer afraid of publicly supporting a candidate or even giving suggestions on how to vote on the ballot.

Every person has an opinion to share about whatever the topic is.

Why then are we so scared to allow community members to vote for local positions?

Crown Heights is no longer constrained between Eastern Parkway and Lefferts Boulevard. Physical expansion has been occurring in every direction, new adjacent communities are flourishing alongside Shchunas Hamelech.

Spiritual expansion has been incredible, with new Shuls, kollels, and communal programs like we’ve haven’t seen before.

Why do families and yungerleit need to shlep to Boro Park and Williamsburg to seek financial and governmental aid from their community council?

Why was there not a central voice from an elected position guiding us through the confusing and divisive time of the coronavirus?

Do our voices, opinions and needs not apply to these issues?

Why haven’t we had proper elections for our community in over TEN YEARS. Some elected positions are supposed to be up for community vote every three years.

We see that we can organize together and are encouraged to vote. Why aren’t we organizing and encouraging elections in our own daled amos?

We want to voice our opinion, we want to share our perspective on what direction we want crown heights to go. WE haven’t been given an opportunity in ten years!

When we last had elections I was a 14-year-old Yeshivah bocher, now I am BH a married member of the community. I want my voice heard. I want my wife’s voice heard.

Vaad Hakol, a third Rov for the Beis Din, gaboim for 770, these are literal issues that directly affect me and you. This is not a governor race with empty promises and our leaders running after candidates coat tails. This is who we want to represent us in our religious and communal matters.