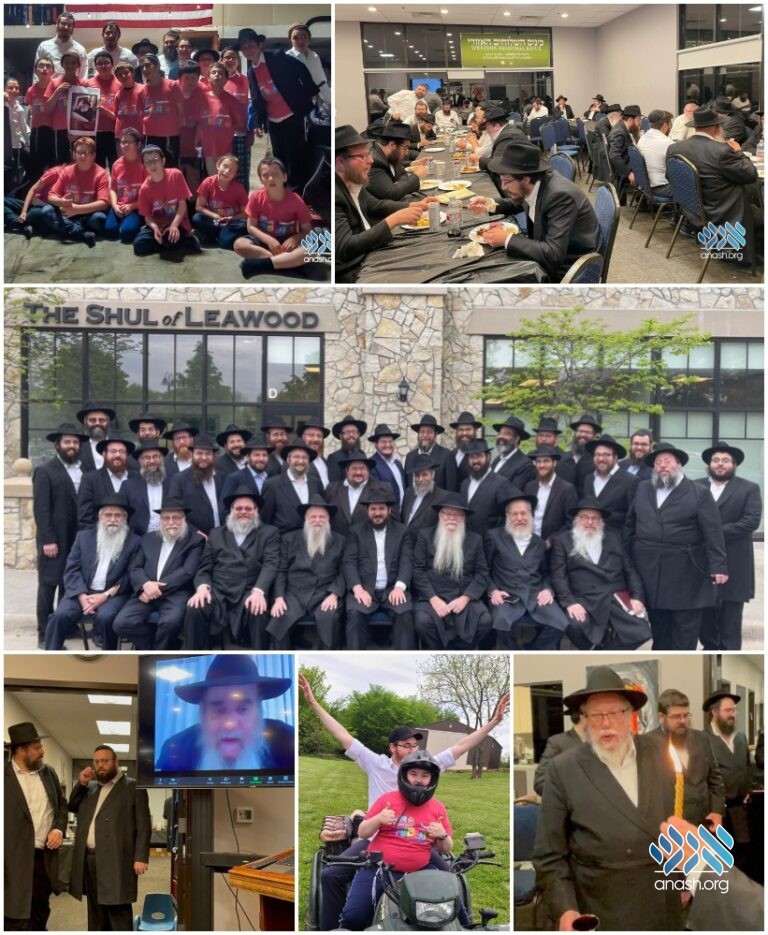 This past Shabbos saw shluchim from 13 states gathering in Kansas for the Western Region Kinus Hashluchim, the first in-person Kinus in over a year. Participants described it as “a weekend of achdus and non-stop farbrengens.”

Close to 50 shluchim from across 13 states joined the Regional Kinus Hashluchim of the Western Region this past weekend, held in Kansas City, Kansas.

The Western Regional Kinus brings together shluchim from 22 states and British Columbia every year for a weekend together with tens of other shluchim from “smaller states.” This year, shluchim traveled to participate from across the states of Alaska, Arizona, Idaho, Iowa, Kansas, Minnesota, Missouri, Nebraska, North Dakota, Oklahoma, Oregon, South Dakota and Washington.

Many of the shluchim in these states of the “Western Region” live in small towns, with the nearest shliach often living a few hours drive away. The Kinus is therefore an extra special opportunity for the shluchim to farbreng and spend time together.

The Western Regional Kinus is also unique in the fact that it is the only Regional Kinus to take place over Shabbos. This gives the shluchim more time to spend together, free of any distractions.

“This year the Kinus was a double boost, coming on the heels of such a difficult year, when so many of us were stuck at home due to COVID,” Rabbi Teichtel told Anash.org. “To be able to finally sit together and connect with fellow shluchim was incredibly uplifting.”

Rabbi Mendy Wineberg echoed the feeling, “Boruch Hashem the Kinus was an incredible Shabbos of achdus and non-stop farbrengen,” he said.

In addition to farbrenging, the group had practical sessions such as a workshop with renowned mikvah expert Rabbi Gershon Grossbaum of S. Paul, MN, on how to build a mikvah for men in your home or Chabad House. This topic is very relevant for many of the shluchim who don’t yet have a local mikva in their town.

On Motzei Shabbos, the shluchim continued the Kinus with a Melave Malka, during which they were addressed by Rabbi Moshe Kotlarsky who spoke live from New York via Zoom. The Kinus was also graced with the presence of Rabbi Mendy Kotlarsky who traveled to spend the entire weekend with the shluchim.

Among the beautiful hachlatos of the kinus, the shluchim resolved to put more effort into supporting each other and being there for each other whether personally or communally.

Directed by Rabbi Shaya Itkin from MyShliach and led a group of four incredible bochurim, the boys davened, learned and farbrenged. They connected with each other and had a great time together throughout the entire Shabbos. They left the kinus and returned home to their makom hashlichus with tremendous renewed chayus and energy.

“Many thanks to Rabbi Mendy Kotlarsky of Merkos Suite 302, Rabbi Mendy Schanowitz of MyShliach who underwrote and arranged the MyShliach shabbaton for the yaldei hashluchim,” organizers said.