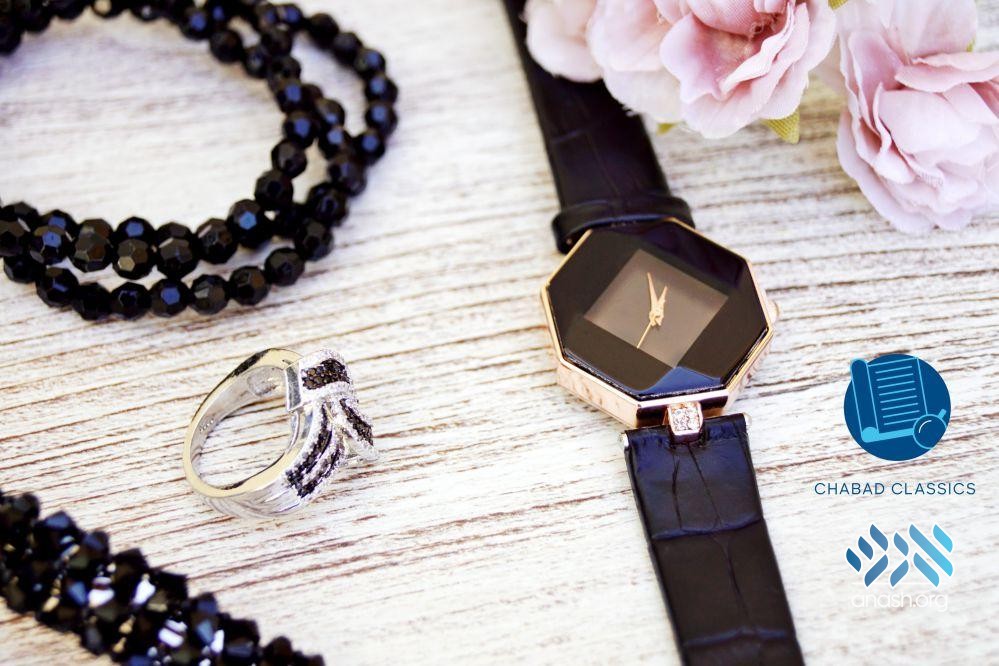 Chabad Classics: A baalas teshuva expresses her surprise at finding that the materialism she scorned in her ‘old life’ has pervaded the community she chose for its deeply rooted values and idealism.

Money was never a problem when I was growing up. We were a solidly upper middle-class family and comfortable living was taken for granted as no more than our due.

All of my friends had similar homes and lifestyles, and I grew up assuming that most people had the things we had: nice wardrobes, rich drapes, carpeting and such, things I took for granted, later to rebel against.

I also grew up feeling that there had to be more, much more, to life than a closet full of clothing and a home with plush carpeting. With my mother’s dictum that “it’s as easy to love a rich man as a poor one” ringing in my ears, I made up my mind to marry for love, idealism, anything but a desire for the “good life”.

When I came to that Encounter weekend so many years ago, the sight of bare floors and spartan homes was a refreshing surprise. My search had indeed ended. People in this community did indeed put ideals above all else. They were aflame with the love of Hashem and the desire to do His will in the world.

After miles of peace marching, years of folk singing, and mountains of philosophical literature, I had at last found a life of commitment and purpose. My Jewish soul, so long denied the true nourishment it craved, would now be fulfilled.

That was years ago. In the interim I have seen that I was not wrong at all in my assessment of the truly frum community. The decision I made then was the best one of my life, and there is indeed a life of intense idealism and commitment. That is the core of our community.

However, around this vibrant core of self-sacrifice and devotion there is an outer flesh, as it were, of materialism unworthy of our community. Why do my children speak admiringly of the fancy clothing or elegant homes some of their friends have?

Why do my kids, and not only mine, crave a lifestyle more reminiscent of what my parents gave to me than of what their parents can afford to give them? Why are there three designer dress stores on one short shopping block in my area, and not one budget shop for those who find that paying $80 and up for a dress is beyond them?

Two shopkeepers I spoke to said that they carry the more expensive items of children’s clothing exclusively, since that is what “walks right out of the store”. The young mothers today will not buy cheaper items, finding them too “junky”.

How do these families, with husbands either in Kollel or just starting out, afford this type of clothing for their kids? And what will those same kids demand in their teens, when now they are wearing $35 dresses over their Pampers?

The ostentation in home decorating that we used to mock in others (while visiting a community notorious for its conspicuous consumption, my eagle-eyed husband once spotted marble garbage can covers) has now made a very definite entrance into our own “four ells”.

Gleaming new appliances, spanking new kitchens, luxurious furnishings are fine if they are within one’s budget. But what of the families who borrow, remortgage homes at great interest, or perform other financial contortions in order to obtain these luxuries? To what lengths will we drive ourselves in order to keep up with this frenetic pace?

And are these people who are mortgaged to the hilt in a position to pay their fair share of tuition? Perhaps these are the same folks who demand substantial scholarships because they are having such difficulty making ends meet. I was told more than once that my husband and I are crazy for paying the tuition we do. Our Yeshivos don’t throw out kids for paying little. If one has to spend so much just to maintain one’s lifestyle, how much can be left?

Besides the obvious strain of borrowing beyond one’s means, it has not been unheard of, unfortunately, for people to bolster their income in dishonest ways. The danger to children in seeing this poor example is very great. The danger to one’s own sense of values is equally so.

The false profits gained are used to maintain an artificially high lifestyle, creating a standard of a “normal lifestyle” for average people which is simply wrong.

But living on a budget is a bore. The glamour of life in the fast lane, the glitter of admiring and buying new things is far more alluring than the day-to-day drudgery of trying to make ends meet.

Yet whenever I think of the extraordinary and sometimes extra-legal lengths my peers will go to maintain that style, I bless my plain home and my undisturbed night’s rest; my husband can still keep his Torah-study schedule at night unafraid of a sheriff or bill collector in hot pursuit.

Last Shabbos Mendy’s Shabbos shoes tore. They were cheap… very cheap. When Mendy’s older siblings were his age they didn’t have Shabbos shoes in the first place. Who could afford such things? But now… O.K., so I bought him and his younger brothers shoes for Shabbos, but the least expensive kind. So there we were that Shabbos morning, Mendy prostrate on his bed, too ashamed to wear his week-day shoes to shul. He couldn’t bring himself to be seen as a poor kid.

Now, I don’t like to lecture, but on that Shabbos morning I started to set Mendy straight on what constitutes a true shondah. Being broke is no disgrace. Stealing and lying to keep up an inflated materialistic lifestyle is.

We are not broke from eating steak and wearing designer shirts. We pay tuition, we have a nice big family b”h, we have guests, and of course we give as much tzedaka as we can, and that’s why we never have extra money, and that’s no reason to feel like less of a person. The Ribono Shel Olam decides who will be rich and who poor, and life is too short for us to waste time second-guessing those decisions.

A friend of mine expressed the relief she felt when she visited the home of a fellow member of the local Bikur Cholim Society. It was so nice to see a plain balebatishe home, one that didn’t give her the desire to go home and kick her walls. The home was warm and comfortable, and it didn’t reek of wealth.

We are all just human. Everyone wants to live a little more comfortably. But let us not go to extraordinary means to obtain these comforts. Nor should we strive to outdo one another in our attempts to live graciously.

We are a holy nation, a nation dedicated to a higher purpose and destined for a far richer reward than we can ever imagine.