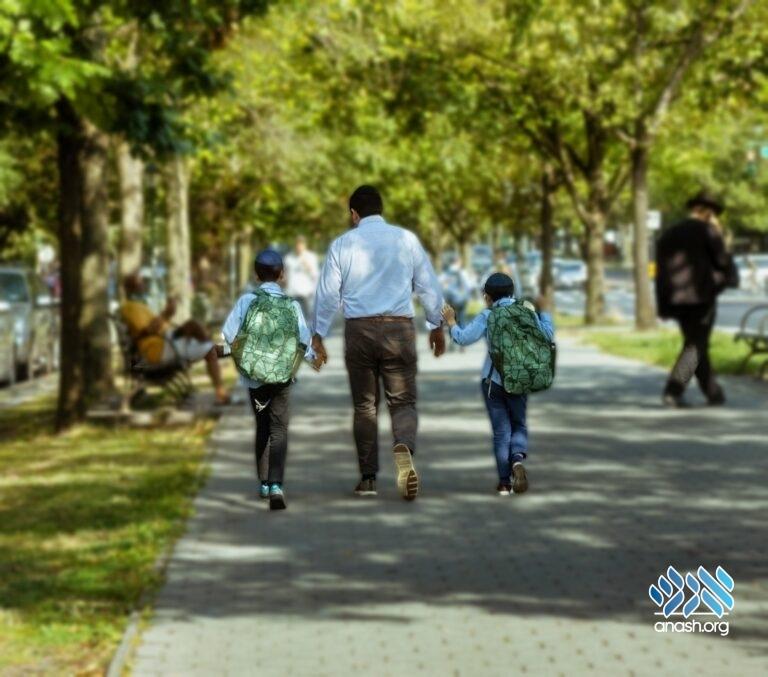 Mrs. Chana Kornfeld of Inverrary, FL questions the criteria used to decide where a child belongs in our chinuch system today. “If the child was at risk of being kidnapped by the Cantonists, would we still say he’s not the right fit?”

by Mrs. Chana Kornfeld for Anash.org

Two conversations I had last week left me thinking. One friend vented that her son was told he would not be accepted back to the yeshiva he is currently a student in. The reason? Because he is not academically up to the standard of the yeshiva and would “do better somewhere else.”

Another friend, a teacher, shared that her school expelled a high school student with learning issues because “this is not the right school for her. She isn’t doing anything anyway and she’s having a negative effect on other students.” I’ve heard many such stories of children being thrown out or rejected from Lubavitch schools for not being “good enough” for the institution they desire to join or remain in.

This morning, I came across an article announcing the establishment of a new mesivta with its education described this way: “The robust education is rooted in values bequeathed to us by the Rebbeim- the founders and leaders of Tomchei Tmimim.”

And it hit me.

The Rebbe is not specifically mentioned in the description, and I understood why. To build your educational institution on the principles and values bequeathed to us by our Rebbe is hard. To say you are rooting your school in the values bequeathed to us by the previous Rebbeim requires understanding those principles as the Rebbe developed them. The previous Rebbeim were opening clandestine yeshivas throughout Russia and encouraging their chassidim to quite literally give up their lives for the continuation of Yiddishkeit. There was an existential threat to their physical beings.

Today there is not. We live in nice homes, with big beds and fancy coffee makers and our biggest threat is a shaky economy. And still, the Rebbe demands mesiras nefesh today, even when mesiras nefesh seems not to be needed. The Rebbe took the principles of Chassidus and illuminated them for our generation, the generation of Moshiach.

In the last ma’amer the Rebbe wrote and handed out, V’Ata Tetzaveh, the Rebbe explains what he demands from those who care to be his chassidim. And he promises that if you take his challenge, going against the status quo to reveal your ‘shemen zayis zach’- your purist essence, it will create an unstoppable and powerful light.

What was the Rebbe challenging us with?

The Rebbe challenged us to have mesiras nefesh for ahavas yisrael. To see and interact with the world and every person in it, in a redemptive way. In a unified way. In the way of “ein od milvado.” And “ein od milvado” leaves no trace of our own egos.

We read stories of chassidim of old, who traveled to remote cities in czarist and communist Russia to search out every last Jewish child and teach him Torah. Those chassidim risked their lives, left their families, and overcame insurmountable obstacles to teach one more Jewish neshama the alef bais. They had “mesiras nefesh mamash.” They pushed themselves to their limits.

The Rebbe still demands the “kosis”, the squeezing of ourselves. But today our limits are not starvation, bitter cold Siberia and being lined up in a firing squad. Today mesiras nefesh is giving up what we wanted our yeshiva to look like and embracing the child that HaShem has sent our way. Today mesiras nefesh is working hard, very hard, with a struggling student to ensure he feels successful in Yiddishkeit, even though we would much rather prepare a ‘lomdishe’ shiur for intelligent minds and believe we are above such simple teaching. Today mesiras nefesh is giving up on elitism for authenticity. Today we are called to give our all, not for our goals, but for Hashem’s goal, the goal of a dira bitachtonim– in specifically the places and people we view as “tachton.”

Mesiras Nefesh is not easy. Back in Russia, no one batted an eyelash if you shaved your beard or caved to the pressures and fear of the KGB. Most people did. Only the true chassidim were fearless, brave and selfless.

There are always legitimate excuses we can raise to lead us far from the Rebbe’s mission of being moser nefesh for Ahavas Yisrael. We can say our school is not the right school for this child, but we must ask ourselves honestly, how hard we tried to make this school work for this child? If it was my child, would the school work? (And perhaps there is a situation where we have worked diligently with a child, have come to truly appreciate him and so deeply understand his needs, it propels us to work overtime to find the school that would be an even better fit for him. When that child and his parents are presented with the option of another school from a teacher or administration who have given their all and think the world of the child, the suggestion is appreciated and does not feel like a rejection at all.)

We can say this student would be happier somewhere else. But really, is it our place to decide where another person will be happy? We can say he’s affecting other boys. But the truth is a student only affects other students when you are failing to influence him. In fact, when other students see a teacher or Rosh Yeshiva being moser nefesh to bring a boy in with love, the currents of who affects who change.

And the most oft used excuse: there are so many other schools! But that is like shaving your beard. It’s less risky, safer and the ultimate failure. What you are really saying is not that the child is not “good enough” for the school, but that the school is not willing to go the extra mile to become “good enough” for this child. If the child was at risk of being kidnapped by the Cantonists, would the school still say he’s not the right fit? That is the question the Rebbe asks us.

To rise above ‘reasonable expectations’, we must rise above ourselves by reaching into the deepest parts of ourselves. The part that recognizes the truths that the Rebbe has illuminated us with.

Did we look at this child like a diamond that has been entrusted in our care? Did we feel humbled, privileged, and honored to be given the opportunity to educate him? Did we open our heart and mind wide and deep to do right by him?

The Rebbe’s last message to us was clear. When we dig deep, the greatest results follow and if they don’t, we haven’t dug deep enough.