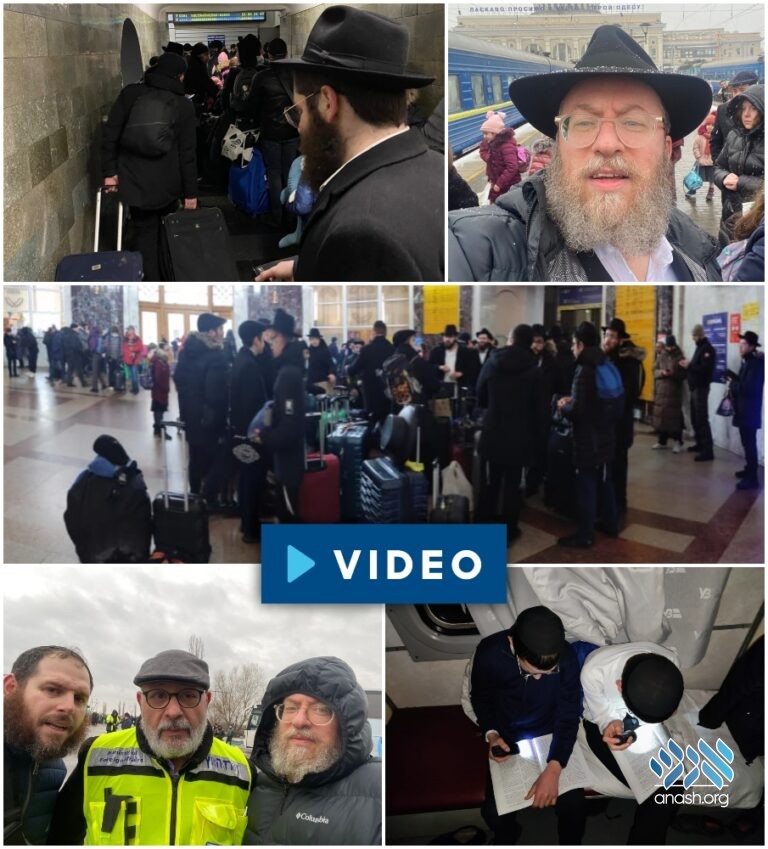 As the Russian intensify their attacks on Ukraine, a number of Dnipro shluchim and the full faculty and student body of the Dnipro Yeshiva evacuated to Moldova on Tuesday, hoping to continue to Germany to resume studies.

As the Russian intensify their attacks on Ukraine, a number of Dnipro shluchim and the full faculty and student body of the Dnipro Yeshiva evacuated to Moldova on Tuesday.

The yeshiva in Dnipro has about 60 students who are sons of Shluchim across Europe. Most of the students are Ukrainian, although some students are from Russia and other former-Soviet republics.

During the first days of the war, the yeshiva stay put, as Dnipro was considered safe. The only change to the normal schedule was the cancelation of a “off Shabbos”. But as the conflict drew closer to the city, the yeshiva administration decided to evacuate the students.

The students and families of staff members boarded a train late Monday night to Odessa. They then traveled to the Moldovan border on Tuesday, where they will meet shluchim who will brought them into Moldova. The yeshiva will then continue on to Düsseldorf, Germany where a beis medrash and dormitory have been prepared for them, and they will continue their studies.

Joining the bochurim were a number of shluchim families from Dnipro, who also decided to evacuate the country while the opportunity still presented itself.

“The situation has became a little more complicated and we a number of families decided to leave the city and head to the border,” shliach Rabbi Moshe Weber said. “Our goal is to cross the border and from there to fly to Eretz Yisroel.”

He said feelings in Dnipro are mixed, because for now the situation in the city is relatively calm. “Although there is a lot of gloom, and the streets are deserted, but baruch Hashem no one in the community was injured or hurt.”

“As the Rebbe’s shluchim, we knew we had to stay until the last possible moment. It is currently a situation of pikuach nefesh so a number of families began to evacuate, especially the women and children,” he said.

He emphasized that despite their departure, the shluchim are maintaining continuous contact with the members of the community who still remain in Dnipro in the hope of returning to the city as soon as possible.

“We did not take matzah for Pesach or even a Megillah, because we are sure we will return safely to continue our shlichus,” he said.