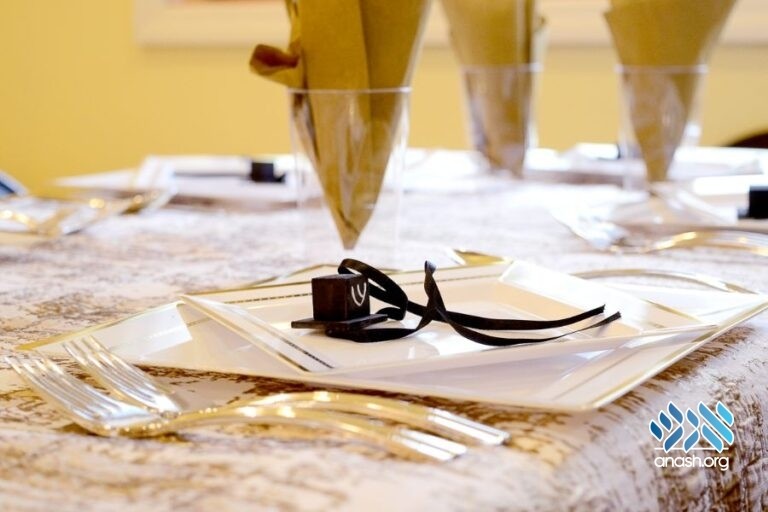 From the Anash.org Inbox: A Crown Heights mother shares how she celebrated her son’s Bar Mitzvah with a higher level of tznius and how it uplifted the entire event.

We recently celebrated our son’s Bar Mitzvah in a Crown Heights hall. It was a beautiful simcha, there was a special atmosphere of joy in the air.

A simcha is a time when we are extra excited and go out of our regular selves, and that’s why it’s also a time for extra measures of tznius.

For starters, we made sure that there was a full mechitza along the full length of the hall, so that the women would be comfortable dancing. To provide added privacy, we put up mechitzos in the entrance to the hall, so no one could see through the doors into the hall.

We requested waitresses on the women’s side, instead of male waiters who sometimes stand and watch the women dance. Likewise, we asked the male photographers to remain on the men’s side during dancing.

It was interesting to see how the waitresses had extra respect for me after I spoke to them a little about modesty. In fact, they felt more connected to us and were extra helpful throughout the simcha, cutting up knishes in small pieces for our little boys to eat. They came over to me and said, “We noticed you didn’t eat yet, where can we put a portion down for you?”

The men’s side had similarly only male waiters. The men that attended told my husband that they enjoyed being at a chassidishe simcha!

I was able to enjoy seeing our Bar Mitzvah boy saying his maamar and pilpul from behind the mechitza. I felt that in the zechus of tznius our son should have all the brachos! As the Rebbe notes what we learn from the incident with Bilam, that even a minute aspect of tznius has the power to transform not good into a bracha.

A very special chossid of the Rebbe, Reb Yaakov Friedman was brought up in a frum family in Lithuania and became Lubavitch. He was asked why he became Lubavitch, and his reply was, “Lubavitch is di frumste zach!” Let’s live up to Lubavitch standards!

The Rebbe encouraged to be extra careful and sensitive in the ways of tznius. The Rebbe said the avodah these days is hiddur mitzvah, and that should apply to tznius too.

The Rebbe said at a farbrengen that an improvement in the areas of Tznius hastens the Geulah Haamitis V’Hashleima.

And to conclude with a quote from the Rebbe:

“These modest women, together with their husbands, should merit living joyous long lives and seeing true Yiddishe nachas from their children and grandchildren while enjoying good health and abundant wealth!”