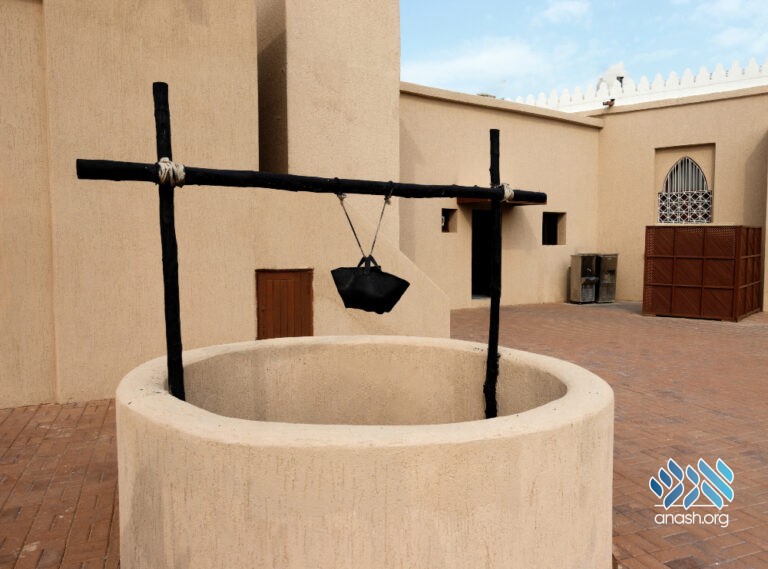 Motzei Shabbos Story: In response to a Yid asking for a bracha for livelihood, the Bnei Yissaschar asked him about the well in his yard. The story he told explained the connection.

An innkeeper arrived at the court of the famous Rabbi Tzvi Elimelech of Dinov, known as the “Bnei Yissaschar,” complaining that his landlord planned to evict him from his inn.

The rebbe asked the Jew if he lived in a certain city, and if his inn was designed a certain way. When the Jew answered yes, the rebbe asked if there was still a well with good tasting water in the courtyard. When the innkeeper nodded again, the rebbe said that there was nothing to worry about, and everything would work out.

As a reply to the man’s befuddlement, the rebbe told him the following story:

A young man once traveled to his rabbi. After three days, he arrived at an inn. The innkeeper was busy with his patrons, and no one took notice of the young man. He waited for a while, and then got up to leave.

Looking from the window, the innkeeper’s son noticed the young man walking away. He ran after him and told him that his father would soon be able to care for him.

The young man was given tasty food to eat, and then he asked for a drink. He waited for water for quite a while, but the water did not arrive. The innkeeper explained to him that though they had a well in the courtyard, its water was not desirable, and so he had sent someone to bring water from the city’s well. The young man said that he would try water from the inn’s well, as he was very thirsty. He tasted it and said that in fact it was quite enjoyable.

Surprised, the other patrons tasted the water as well. It was true—a transformation had occurred. Word soon spread that the innkeeper had delicious water in his well. Selling the clean water at a neat profit caused him to prosper.

The rebbe explained that when he heard that the well was still providing its tasty water, he understood that the mitzvah of hosting guests, which was the source of the family’s change in fortune, was still being kept. This is why he could assure the man that all would be well.