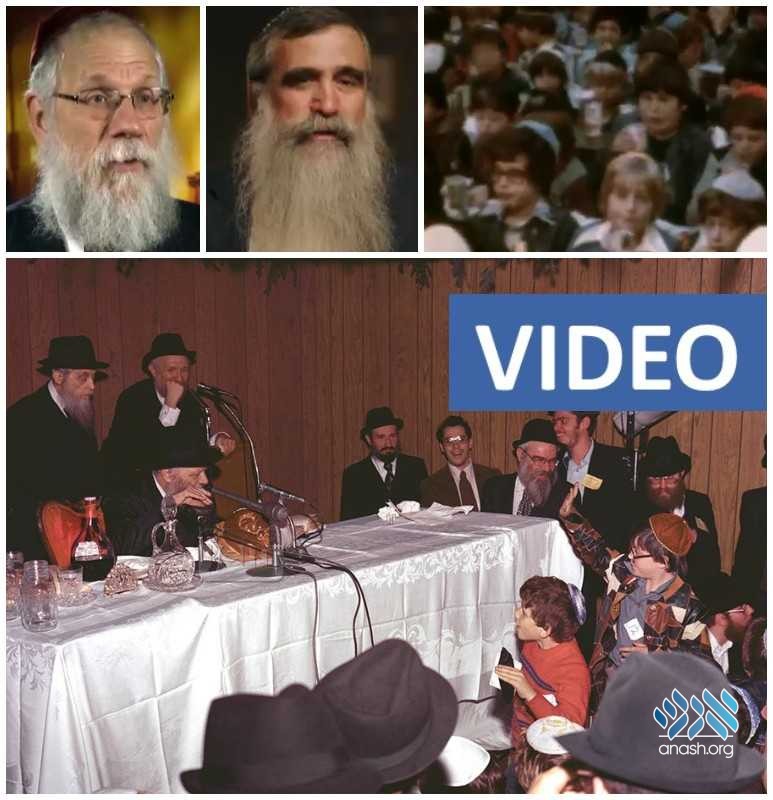 Watch: In honor of the holiday of Sukkos, JEM has created a heartwarming production documenting a one-of-a-kind farbrengen the Rebbe gave in the Sukkah for a group of “Release Time” students in 1976.

In honor of the holiday of Sukkos, JEM has created a heartwarming production documenting a one-of-a-kind farbrengen the Rebbe gave in the Sukkah for a group of “Release Time” students in 1976.

Established in 1914, Release Time was created for public school children to receive religious education during school hours. The program allowed those students to participate in off-campus instruction once a week for an hour at the end of the school day.

In 1943, the Previous Rebbe founded an organization called “Shiloh”, an acronym for “Shiurei Limud Hadas” (classes for learning religion), to facilitate Jewish studies for Release Time students. These classes were taught by rabbinical students from Chabad yeshivas every Wednesday during the school year.

Shiloh would later become the National Committee for the Furtherance of Jewish Education, and was run by Rabbi JJ Hecht from 1945 until his passing in 1990 and is currently headed by his son, Rabbi Shalom Hecht, who was interviewed for this program.

As highlighted in the film, although the Rebbe had not held a public gathering in the Sukkah for decades due to space constraints, special exception was made and some 200 children and their instructors were given the precious opportunity to experience the joy of Sukkos and the Rebbe’s love for them with their very own farbrengen.

While the Rebbe would speak to particular groups individually at times, the setting was generally more formal. For the Rebbe to partake in an actual seudah meal and farbreng with them was completely without precedent.

Along with the excitement being witness to such a rare event elicits, one can’t help but be moved by the adoration the Rebbe demonstrates to these children along with their close proximity to the Rebbe in the Sukkah, as the Rebbe’s personal guests.

View over 100 photos from this special event here.