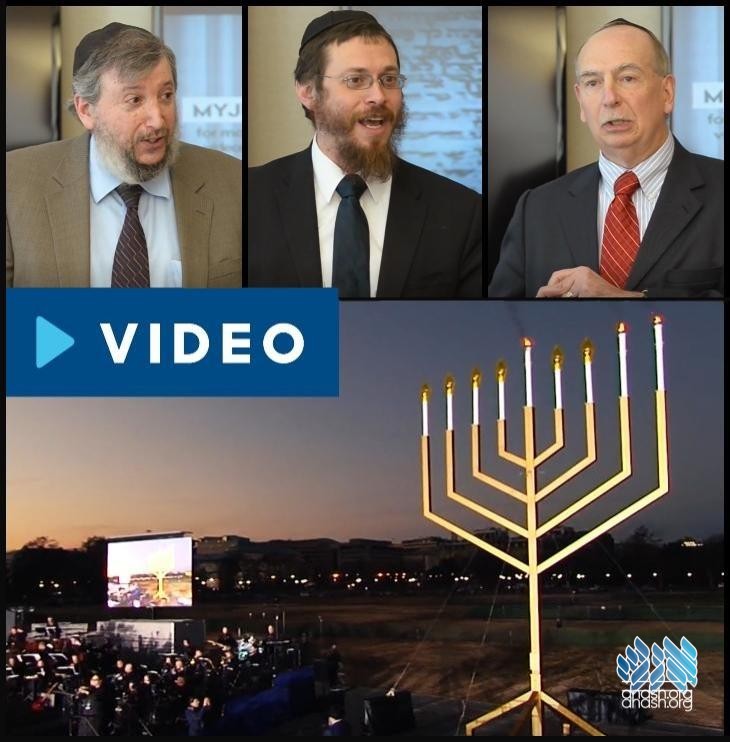 Watch: Public menorahs have become a staple of Chanukah, but not so long ago, the legality of those displays was being argued in the US Supreme Court. At a Pittsburgh event, lawyers representing both sides of the court case reenacted the landmark legal debate.

Giant menorahs in front of government buildings and in public squares have become a staple of the Holiday season and Jewish cultural and religious life, but the pioneering public menorahs of the 80’s faced stiff legal battles.

In 1986, Chabad-Lubavitch of Pittsburgh erected its annual menorah display in front of City-County Building. The American Civil Liberties Union sued, claiming the proximity of the candles to the public building violated the First Amendment separation of church and state.

The case went to the Supreme Court, which ruled in 1989 that the Chanukah display did not constitute government endorsement of religion. That landmark decision set a precedent for the thousands of public menorahs which will be displayed across the country starting on December 12, the first night of Chanukah.

On December 6, two attorneys in the case, Jon Pushinsky, who represented the ACLU, and Charles H. Saul, who represented Chabad, presented the legal arguments for and against the constitutionality of the display of a menorah on public property at a special event at Chabad of Pittsburgh, led by Rabbi Yisroel Altein, as part of an ongoing JLI lecture series entitled “Great Debates in Jewish History.”