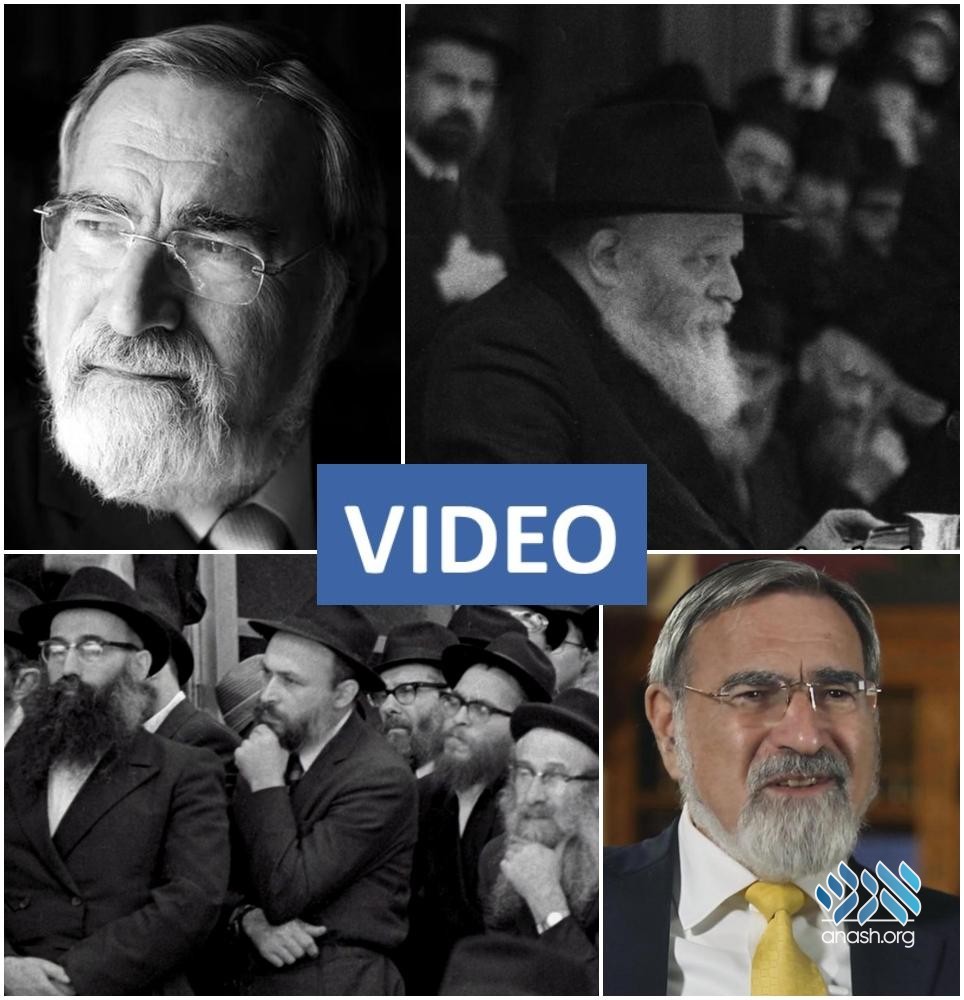 Watch: You’ve heard Rabbi Jonathan Sacks tell over his stories with the Rebbe. Now hear the Rebbe retell them from his perspective.

In commemoration of the recent passing of Rabbi Jonathan Sacks, JEM presents a special Living Torah production dedicated to his lasting legacy.

You’ve heard Rabbi Sacks tell over his stories with the Rebbe. Now hear the Rebbe retell them from his perspective.

As the film illustrates, Rabbi Sacks credits the Rebbe with successfully guiding him through several major turning points in his life, which ultimately led to his appointment as the Chief Rabbi of the United Kingdom.

Renowned for his scholarly erudition and compassion, Rabbi Sacks maintained an influential relationship with the Lubavitcher Rebbe which he began while still in college.

Composed of an open and candid interview, interspersed with the Rebbe’s talks, the film sheds new light on little known details of his life and correspondence with the Rebbe.

Having once famously referred to his relationship with the Rebbe as “A play in three acts”, this touching tribute offers a meaningful encore to the memory of the late great leader.