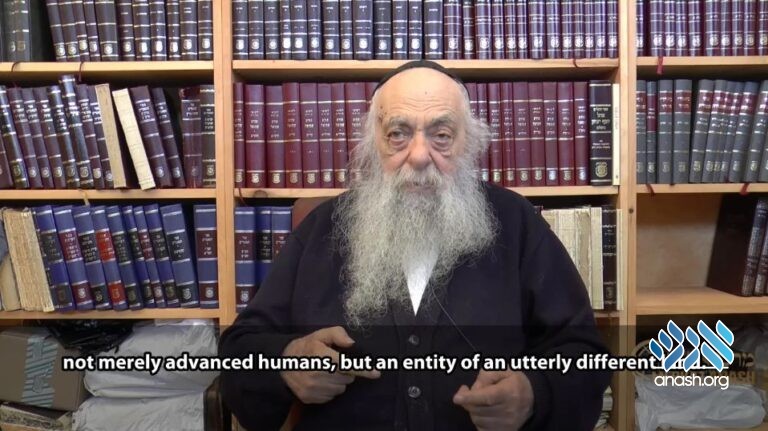 The story of Avraham, as told in the Written Torah, begins when he was already seventy-five years old. The Torah completely omits everything about the prior events of his life.

This is not for lack of relevant information, for Avraham’s biography was rich indeed: the Midrash tells us how he heroically spent many years in prison, and was even thrown into a fire for his efforts in spreading an awareness of Hashem.

There is an oblique mention of “Ur Kasdim” towards the end of Parshas Noach, which hints to the aforementioned fire, as Rashi comments there. However, the pasuk doesn’t express these events clearly; it is only Rashi who spells them out. Furthermore, the mention of Ur Kasdim is stated with regard to Haran’s death, and not as part of the story of Avraham.

This is difficult to understand. Here we have a person who was imprisoned because of his struggle to publicize the oneness of Hashem, even risking his life to do so. Why would the Torah refrain from recording Avraham’s earlier tremendous accomplishments?

The reason is because the Torah isn’t here to tell us about Avraham the man, but about Avraham the first Jew. That story clearly comes to the fore only when he was seventy-five, when Hashem instructed him, “Lech lecha.”

Not Just a Better Human

It is well-known that our planet is divided into four classes: Inanimate things, plants, animals and people. But Jews are none of the above: they comprise an additional, fifth class.

What does this mean?

The difference between a plant and an animal isn’t that a plant grows only to a certain extent, while an animal can grow even more. Rather, an animal belongs in a category of its own. All a plant does is grow; only an animal can be said to possess emotions and desires, which express vitality much more than mere growth.

The same is true with people in comparison to animals. It’s not just that humans are smarter than animals—you have a fox, which the Gemara terms “the most clever of all the animals,” and then you have humans ranking above it. Rather, humans possess an intelligence of an entirely different kind.

It is in this vein that a similar and even greater qualitative gap exists between mankind and Jews.

It’s true that wise and pious gentiles can connect with Hashem as well. There are undisputed proofs which will lead any objective person to conclude that Hashem created and runs the world. Works of chakirah present many such proofs which no one has ever been able to refute (unless one brazenly argues against them without basis). This is something a non-Jew can also grasp. Yet, all of this is fundamentally removed from what it means to be a Jew.

To Understand or to See?

Say you are present in a house. You are fully confident that this structure is the work of a competent builder. However, you’ve never actually met the architect himself. All you see is the house, and the house stands as perpetual evidence of his existence. This is the way a non-Jew relates to Hashem, by recognizing Him via His creations.

A Jew, however, has something that everyone else is lacking: a G‑dly soul. This soul doesn’t merely understand Hashem, but experiences Him. It relates to Hashem not on the basis of intellectual proofs, but because He is plainly revealed to it.

A proof by definition is a means of concluding that something is true without ever witnessing it. However certain you are of its existence, it is short of seeing the thing itself. The intellectual exercise of detecting the hidden hand of a house’s builder pales in comparison to actually meeting him in person.

Society may regard faith as a weakness, symptomatic of a fool who believes that which he cannot prove. But Jewish emunah is not a weakness but a strength; it is like actually seeing something in contrast to merely proving that it is there. Once you see it, all logical proofs become totally superfluous.

In view of this, what does serving Hashem and becoming close with Him really mean?

Let’s imagine an idealist who believes in a certain idea so strongly that he is ready to give up his life for it (although such a person is hard to find!). Lehavdil, let’s say someone concludes that Hashem created and sustains the world, and therefore he preaches and even sacrifices his life for this idea. What can be greater than that?

Yes, such a person is quite unique. There is nothing missing except for one thing: Hashem. All of his efforts are based on his understanding and his conclusions. He is not truly giving of himself; to the contrary, his idealism and dedication hinges on his perspective and worldview.

When Avraham was thrown into the fire, it did not truly express his identity as a Jew. He acted as an intellectual who stood up for what he regarded as true. This merely paved the way for the day when Hashem revealed Himself to him—when his connection to Hashem was indeed about Hashem, and not about himself.

The Midrash states: “Avraham wondered, ‘Is it possible for there to be a palace [i.e., the world] without a Master?’ He contemplated this until Hashem appeared to him and said, ‘I am the Master of the palace.’” In other words, Avraham’s own personal exploration was only paving the way for Hashem to make Himself known to Him.

This is why the Torah’s account of Avraham begins with “Lech lecha.” Until then, Avraham’s achievements were all his own; it was only when he was seventy-five that Hashem revealed Himself to him and gave him an instruction to follow. It was then that his neshamah and Jewishness came to the fore, and we begin to speak of “the first Jew.”

It’s Not About Your Conviction

Chasidic seforim explain this possuk as instructions for every Jew: “Leave your land”—your personal desires (the word eretz, land, being similar to ratzon, desire); “your place of birth”—your inborn habits; “and your father’s home”—your intellect (kabbalistically referred to as “father”); “and go where I will show you.”

Hashem was telling Avraham: “Your efforts to spread G‑dliness are great indeed. However, do not do so out of personal conviction. Do so because I command you.”

This explains the continuation of the possuk, “I will make you into a great nation,” referring to the Jewish nation: This marked the beginning of what it means to be a Jew.

The Midrash highlights the wording of the possuk: “The verse does not say, ‘I will place you,’ but ‘I will make you.’ Hashem said, ‘I am making you into a new creation.’” The Jewish people are not merely advanced humans, but an entity of an utterly different kind. The possuk demonstrates what sets us apart by directing us to leave our personal sentiments and desires for what Hashem shows us. Only then does the story of Avraham Avinu, the first Jew, begin.