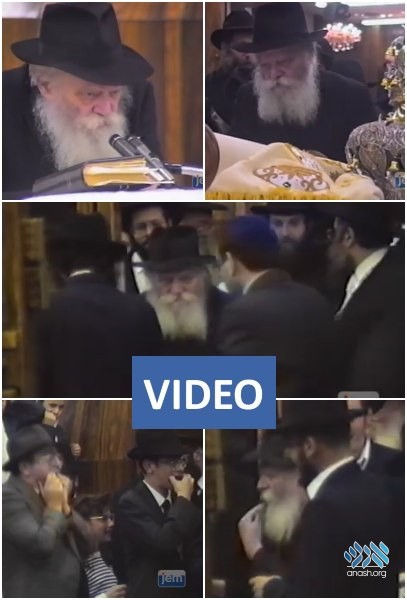 Watch: The third video in JEM’s ‘Highlights from 770’ series documents the night following Rosh Hashana in 1989 and the fast of Gedaliah with the Rebbe.

Continuing with our Highlights from 770 series, we present this special footage from the night following Rosh Hashana in 1989 and the fast of Gedaliah.

Fast of Gedaliah: Mincha service. The Rebbe receives the third aliyah and recites the haftorah, following mincha the Rebbe addresses the crowd learning lessons from the new year and the Torah portion of that day, following the sicha the Rebbe distributes dollars for charity.