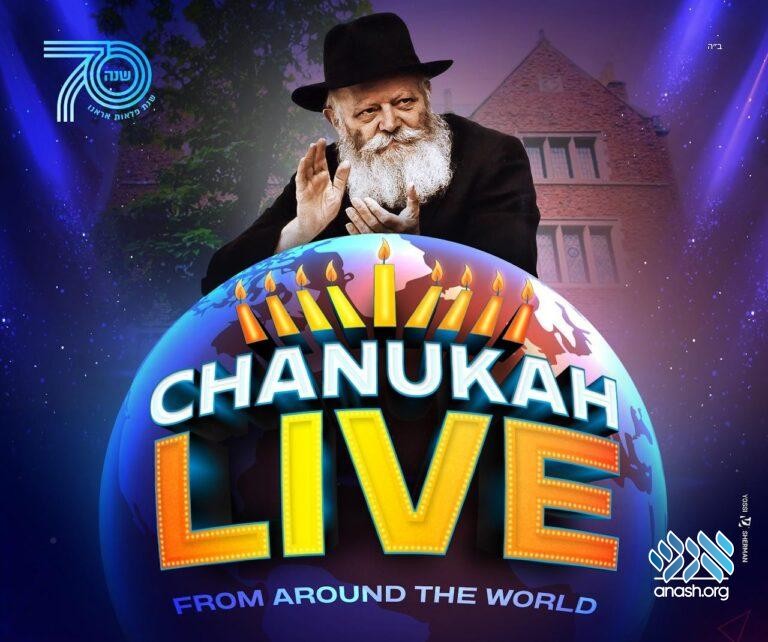 Join Live at 2:30 PM EST: ‘Chanuka Live’ will broadcast simultaneous lightings in New York, Paris and Yerushalayim, and pesukim led by children around the world.

This year’s ‘Chanuka Live’ will broadcast simultaneous lightings in New York, Paris and Yerushalayim, and pessukim led by children around the world.

This rally will be unique in the Pesukim being led not only by those present in 770, but by children from all over the world.

The live program will enable all Jewish children to unite as one army and participate in this special event being broadcasted from our headquarters, Beis Chayeinu – 770.

Before the kindling of the legendary Menorah in 770, the children will be taken on a live video tour of Menorah lightings around the globe.

The rally will be also addressed by dignitaries and local officials.

The program on Sunday will begin with Mincha at 2:15 EST, followed by the rally at 2:30.