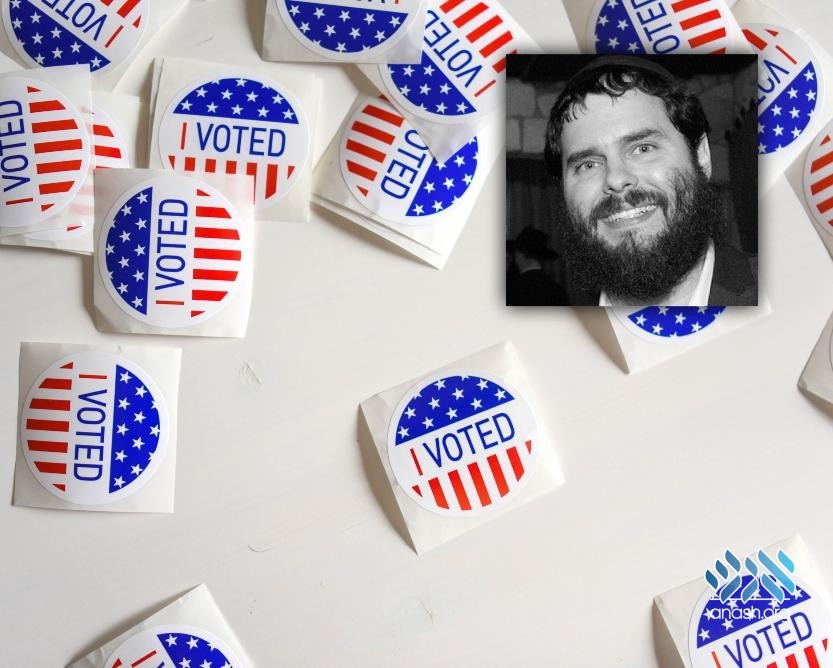 Op-ed by Rabbi Eliezer Zalmanov: “Those saying that the Torah supports their candidate are wrong; there actually is no genuine Torah mandate to vote for one candidate over the other. And by pushing this falsehood, people are minimizing what it means to be a Jew.”

In the days leading up to the 2020 presidential election, social media is saturated with articles imploring us to vote. Jewish social media is not different; my feeds are awash in articles and posts telling me what Judaism says about voting, or even about who to vote for. “It is time for Jews to wake up to the new politics in this country,” claims one op-ed writer. “We American Jews who bear the torch of Torah observance must consider the stark differences between this year’s presidential candidates,” wrote another. People on both sides of the political aisle seem to think that the Torah supports their candidate.

They are wrong; there actually is no genuine Torah mandate to vote for one candidate over the other. And by pushing this falsehood, people are minimizing what it means to be a Jew. Because your Jewishness is actually about so much more than this election. And in mixing our Jewishness with something like an election, we actually hurt our communities and society more than we help.

There is no such thing as a political candidate who represents “Jewish values.” Every candidate’s platform will inevitably consist of positions that do correspond to the Torah’s values along with positions that the Torah is clearly opposed to. This has been the case historically and continues to be true today. To say that one candidate is the only choice for Jews is to say that Torah has been narrowed down to a specific party-line, and this could not be further from the truth.

This is not to say that you shouldn’t vote. You should vote based on your values, and you should vote for the candidate that you believe at this point in time closest represents them. But that is not where your responsibility to society and to Judaism ends. Participating in an election is surely not a license to then go on with our lives and make no changes to how we behave.

Voting for the best candidate to represent our values is important, but if we use it as a gateway to hurt and disparage others, not only have we not gained anything, but we will have caused even more damage to the fabric of society.

It’s no secret that society today, especially in the United States, is extremely divided, with threats of greater polarization to come following the results of next week’s election. Whatever those results may be, the election may determine a winner and a loser, but it will likely not help mend the divisions we are facing. I prefer to be optimistic and believe that we will eventually overcome this polarization, but that will take a lot of work and determination on our part — as individuals and as a society.

Our votes as individuals may or may not influence the outcome of an election, but our deeds certainly influence society.

We can make a choice to continue pointing fingers and blaming others for all the societal ills we are witnessing today, or we can take a stand and decide to actually make a change. That starts with our own lives, our behavior online, the way we communicate and interact with others. It’s about the education we provide our children and the commitment we have to a higher power to guide us in every aspect of our lives. That’s how the world will be healed. That’s how we will start overcoming our divisions, and that’s how we will make a real difference.

Another advantage action has over simply voting is that with voting, there is a high chance that you will be disappointed, that your candidate will not win. But by making a commitment to do better yourself, the results will be instantaneous and you will have already accomplished something. Do a mitzvah and you made a difference there and then. Be kind to someone and your action counted more than your single vote will ever count.

Given the electoral college (and where most Jews in America live), voting just isn’t as impactful as a host of other things you could do today to make your society a better place. Voting is an essential part of our democracy and not something to be taken lightly. Everyone should vote and make their voices heard. Yet at the same time, voting a certain way does not absolve us as individuals from living up to the standards expected of us. And every action you do can make the world a better place.

So do it today! Be the reason the world takes a turn for the better, for the benefit of all of mankind.

This article originally appeared in the Forward