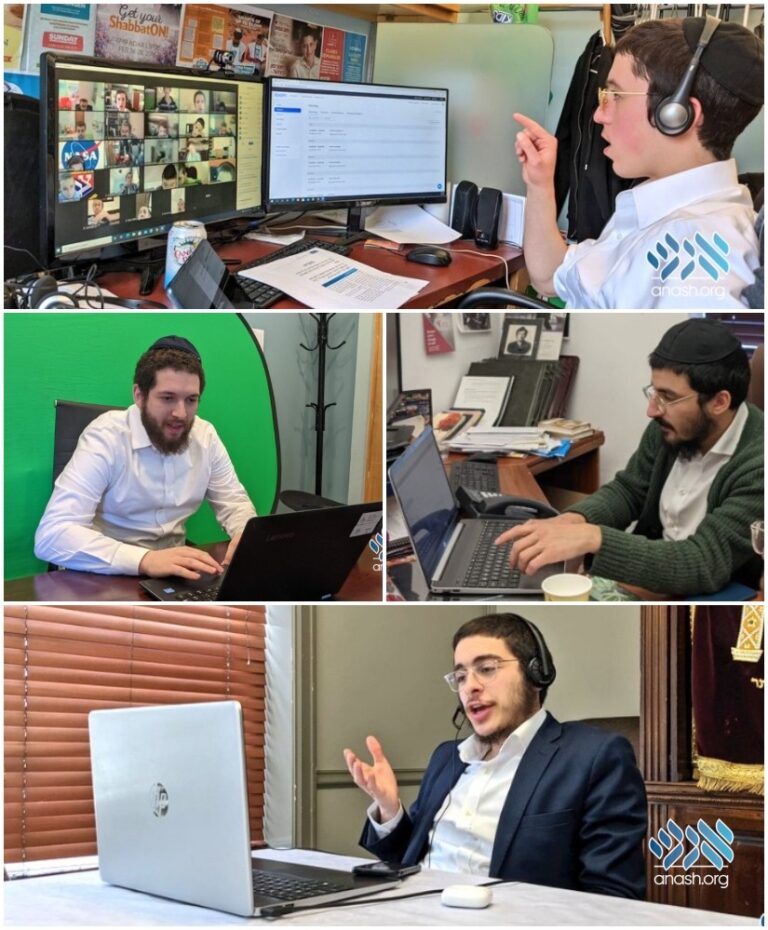 To mark the 50th anniversary of the Rebbe’s landmark sicha, MyShliach launched a Yeshivas Erev program, to bring an extra chayus in learning to young shluchim across the USA.

For the past half a year, Merkos 302’s My Shliach organization has been running a special “Yeshivas Erev” program for young shluchim across the United States.

The “Yeshivas Erev”, under the talented leadership of Rabbi Yossi Elberg along with Rabbi Shaya Itkin, brings together hundreds of young shluchim every evening to learn with bochurim who give up their free time to study with them.

“This year marks 50 years since the Rebbe’s landmark sicha where he urged chassidim to ‘conquer the world with Limmud Hatorah!’ In honor of the milestone, we decided to expand our Yeshivas Erev program and thereby create an increase in Torah study,” Rabbi Mendy Schanowitz, director of My Shliach said.

Rabbi Doveleh Halperin of MyShliach explains why the “Yeshivas Erev” program is so vital for the young shluchim.

“Children who live in established communities are easily able to attend programs which are out of school hours. But many young shluchim don’t have that opportunity to tap into those activities which give so many children an extra chayus in learning,” he said.

“The past year, when the power of technology was utilized to continue school studies even as schools were shut, got us thinking how we could use a similar program from extra-curricular program as well,” he said.

“Our curriculum, which includes topics in Gemara for older grades and Mishnayos for younger ones, was created by the educational board of My Shliach, after consulting with renowned Chabad educators,” said Mendy Schiff, program director.

Each Yeshivas Erev session lasts for three quarters of an hour, and concludes with a learning a Halacha in Rambam about Moshiach, together with the Rebbe’s explanations. On Thursdays, the bochurim teach a Sicha for Shabbos for the children to review by their Shabbos table. Before Yomim Tovim and yomei d’pagra, the children learn about the upcoming special day.

Each group of young shluchim study in an organized group, led by a bochur from the Central Yeshiva in 770, who “meet” their charges using the sophisticated equipment in the Merkos 302 office above 770.

“We never could have imagined the success that the program would have, and we keep on receiving warm thanks from shluchim around the world,” Schiff said.

“A special thank you goes to Rabbi Mendy Kotlarsky, director of Merkos 302, who took upon himself the financial burden of the program. Without him, this program, and so many others that benefit shluchim, would never get off the ground,” he said.