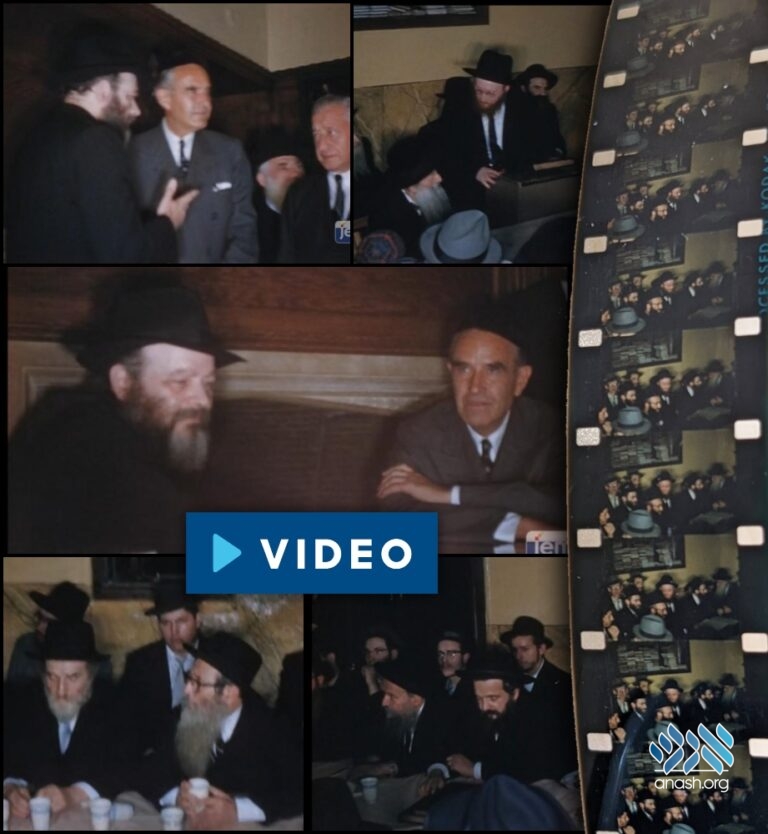 Vivid color scenes from 770 in 1958, including one where the Rebbe receives New York Governor W. Averell Harriman before an election, were recently discovered on a vintage 16mm film reel.

Also included on this reel is footage of a gathering in the small Synagogue in 770, apparently a Kinus Torah, featuring prominent Chabad scholars and other speakers.

Upon examining the 16mm reel, which has remained in perfect condition, JEM archive staff have confirmed that this is a single source reel, confirming that both scenes were filmed on the same day with the same camera. This puts some intrigue which has surrounded this newly-discovered film, and the date of the scenes filmed.

Harriman served as Governor of New York from January 1955 through December 1958. Markings on the reel indicate that these scenes were shot in October 1958, in the days immediately following Sukkos 5719. Harriman apparently visited the Rebbe in his final month in office, during an ultimately unsuccessful campaign for reelection. Diaries of the happenings at 770 during the month of Tishrei 5719 indeed record a Kinus Torah that took place on the day following Sukkos.

Browse more videos of the Rebbe at Jem.tv.