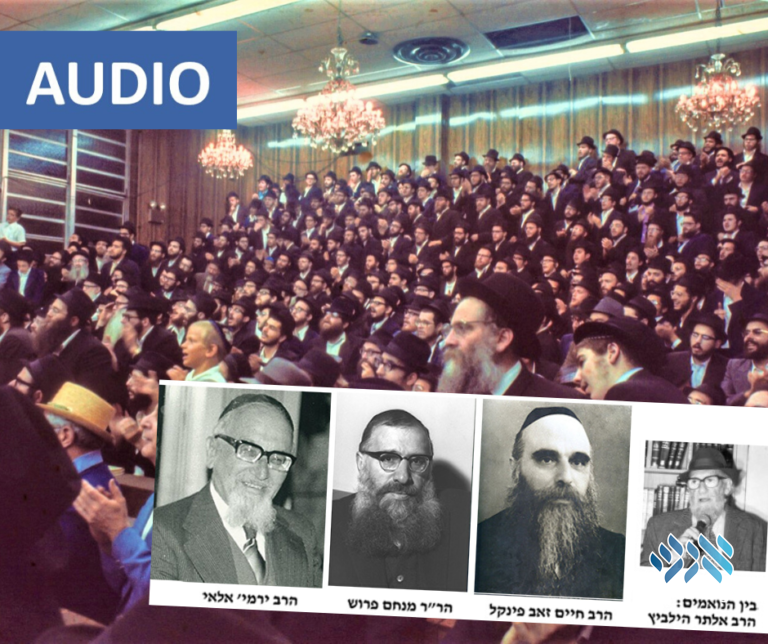 58 years ago, the South African community gathered for a memorable Yud Shevat farbrengen led by well-known personalities of that time.

On Yud Shevat 5722 (1962), Chabad Chassidim in Johannesburg, South Africa, gathered for a farbrengen to mark the special day. The audio recording was sent to the Rebbe at the time and was now released by Chabad librarian Rabbi Sholom Ber Levin ahead of Yud Shvat – 70 Years.

Rabbi Alter Hilowitz, rov of the Chabad Shul in Johannesburg and one of the early editors of Encyclopedia Talmudis. He was a grandson of the famed Chabad chossid Reb Avremke Zhebiner and he was a brother-in-law of Reb Shilem Kuratin.

Rabbi Yirmiyohu Alloy, a dayon and one of the senior Chabad Chassidim in South Africa. He had served as the Rosh Yeshiva of Tomchei Temimim in Glubaka, Russia.

Menachem Porush, who served as the chairman of Agudas Yisrael, and had been a member of the Israeli Knesset. In his talk, he shares a story (1:02) from when he served as a go-between between the Brisker Rov and Frierdiker Rebbe, as well as his yechidusen with the Rebbe.