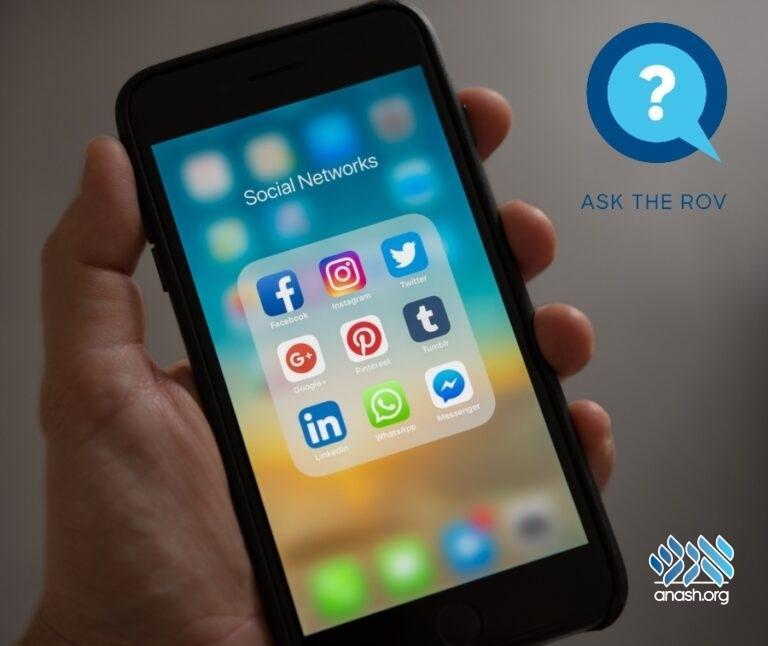 Ask the Rov: May a man gaze at a woman’s photo on social media?

It is forbidden for a man to look at a woman who isn’t tznius, including the hair of a married woman’s hair.1 Halacha rules that one may not look at women as they are washing clothing at the river, since their arms or legs are often exposed. If a man passes a woman in such a state, he must look away.2 For davening or reciting words of Torah, one must l’chatchila face a different direction, though bdieved it is sufficient to close ones eyes (see issue 417).3

When a woman is tznius, Shulchan Aruch rules that a man may not focus on her beauty.4 Separately, couples may not show any form of closeness in the presence of others.5

What about photographs or images on a screen?

From the Gemara in Sanhedrin it is clear that even pictures of non-tznius women cause inappropriate thoughts and lead to sin. Thus, it is forbidden for men to look at non-tznius photos.6

Moreover, Chazal say that “one may not gaze at color clothing of a woman he knows,” even if they aren’t currently on her, since it will lead to thinking about the wearer.7 Many contemporary poskim write that gazing at a photograph of a person is no less than looking at clothing by itself.8

After Rebbetzin Chaya Mushka’s passing, a booklet was published featuring a black-and-white photo of her on its cover. The Rebbe then explained that Chazal’s prohibition is contingent on three conditions: (1) Gaze – not a mere glance, (2) it is colored, and (3) one knows this woman. If these conditions aren’t present — especially when none of them are present — the prohibition doesn’t apply. While there could be a midas Chassidus to refrain from including it, in this case, the photo adds in the positive “hachai yiten el libo” which overrides.9

In conclusion, posting or looking at a non-tznius photo is prohibited. If it is tznius, it is halachically permissible to look at it if at least one of the three conditions are absent. Still, midas Chassidus would still be not to gaze at it unless there is spiritual benefit in doing so.