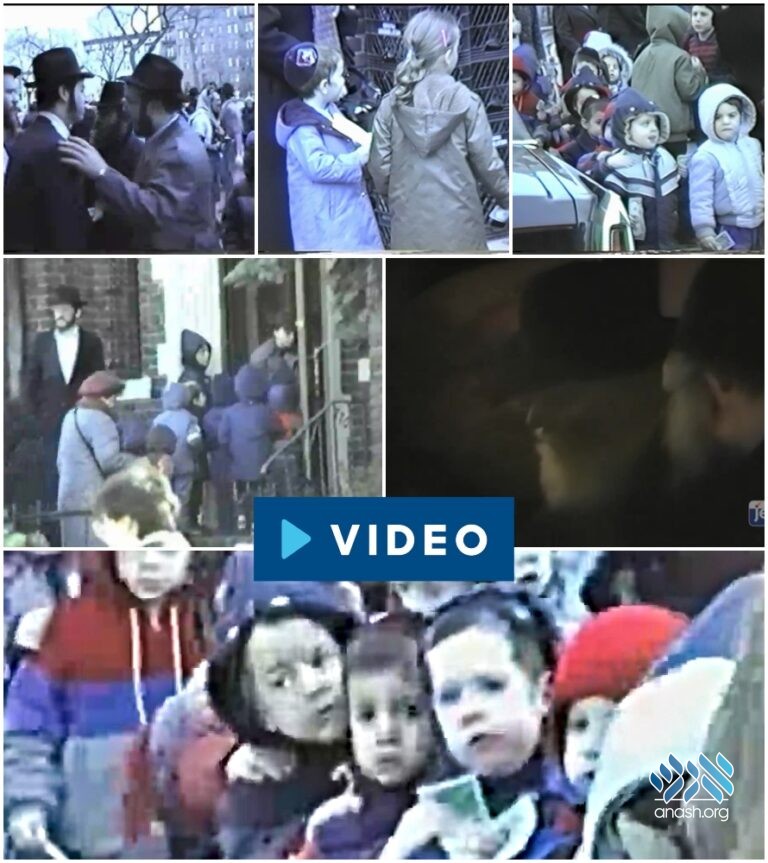 A video of the Rebbe’s first dollar distribution, which later became the famous ‘Sunday dollars’, filmed by visiting Avrohom Jaffe, was released by JEM ahead of Yud Shvat.

Amongst the guests who traveled to New York for Yud Shevat 5746 (1985) was Avrohom Jaffe, who filmed unique footage of the happenings at 770 during that special week.

This 45 minute film has now been published at JEM.tv, ahead of the release of JEM’s Yud Shevat launcher page, which will include all Yud Shevat content from throughout the years, featuring many never before seen moments.

Especially unique in this film is footage from Yud Aleph Shevat 5746, when the first ‘dollars’ distribution took place. At the conclusion of the Yud Shevat Farbrengen, in breaking from his regular custom, the Rebbe did not distribute dollars through the Tankistim.

Upon arriving at 770 the next morning, the Rebbe emerged from his room wearing his silk Kapote as he normally would at the Farbrengen, and began distributing dollars in the front hallway of 770.

This never before seen video captures the crowds streaming to 770 from all over Crown Heights and the surrounding areas as news of the distribution spread. Buses of school children and mothers holding infants, everyone quickly lined up inside and outside 770 for the unique opportunity to receive a dollar for Tzedakah from the Rebbe’s holy hand.

Stay tuned for updates via WhatsApp on new content and the soon to be released Yud Shevat launcher page.