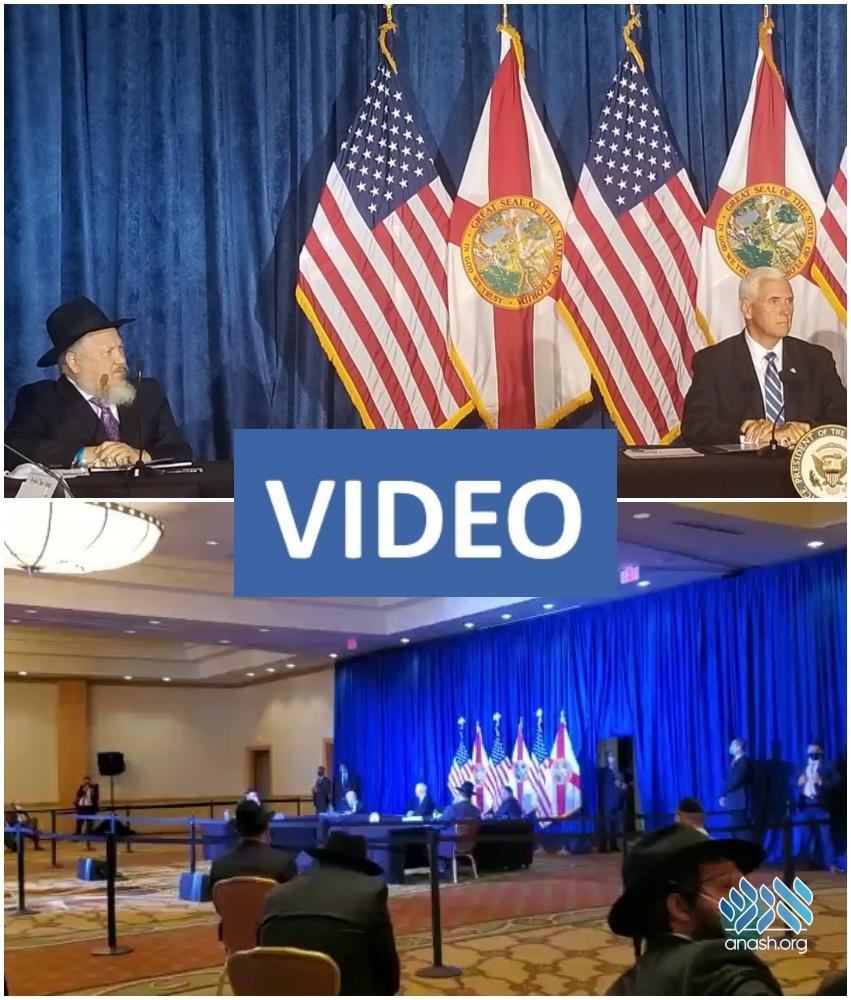 At a roundtable discussion with shluchim in Miami, Florida, titled “Faith in America”, Vice President Mike Pence thanked the shluchim and the Chabad movement “for what you do everyday.”

Vice President Mike Pence thanked shluchim and the Chabad movement for “the work you do every day” at a roundtable event with shluchim on Thursday.

The event, titled ‘Faith in America’ was part of Pence’s campaign tour in Florida. Earlier in the day he held a rally and is planning on meeting President Donald Trump later in the day in Doral before the President attends a televised Town Hall meeting.

Although the roundtable was originally meant to take place in Lubavitch Educational Center in Miami Beach, the location was changed at last minute, and instead took place in Intercontinental hotel in Doral, Florida.

Rabbi Korf welcomed the Vice President to the event and said that they “are very happy to have [Pence] with us for this ‘Faith in America’ event.”

He then praised the VP for managing to stay a man of faith even while in the political arena. He said that seeing Pence gave him strength, and he had waited for a long time for the opportunity to tell the VP how he admired him for his honorable conduct.

“I am deeply humbled by your kindness to me and my family,” he said. “I want to thank you and the rabbis who are gathered here, not just at the table but all of you who have come together for this.”

“I would also like to thank the Chabad organization, not just for this gathering, but just thank you for what you do every day,” he said.

Rabbi Chay Amar also spoke, saying that the Vice President was a true example of unity. Rabbi Amar also thanked Pence for the letter he and the Second Lady had sent to the wedding of Rabbi Amar’s son. He also blessed Pence with birchas kohanim.