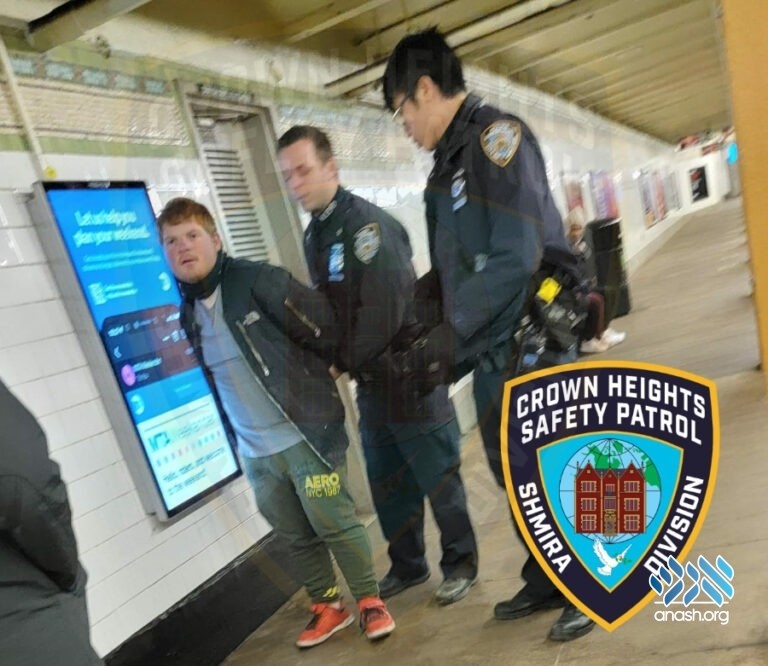 The perpetrator of a car vandalism incident on Eastern Parkway was arrested on Monday night.

The perpetrator of a car vandalism incident was arrested on Monday night.

The incident took place near Eastern Parkway and Kingston Ave and involved the perpetrator smashing a menorah off the car and damaging the car’s mirror with a stick.

The victim witnessed the perpetrator committing the vandalism and immediately called Shmira and the police, who arrived on the scene quickly to apprehend the perpetrator.