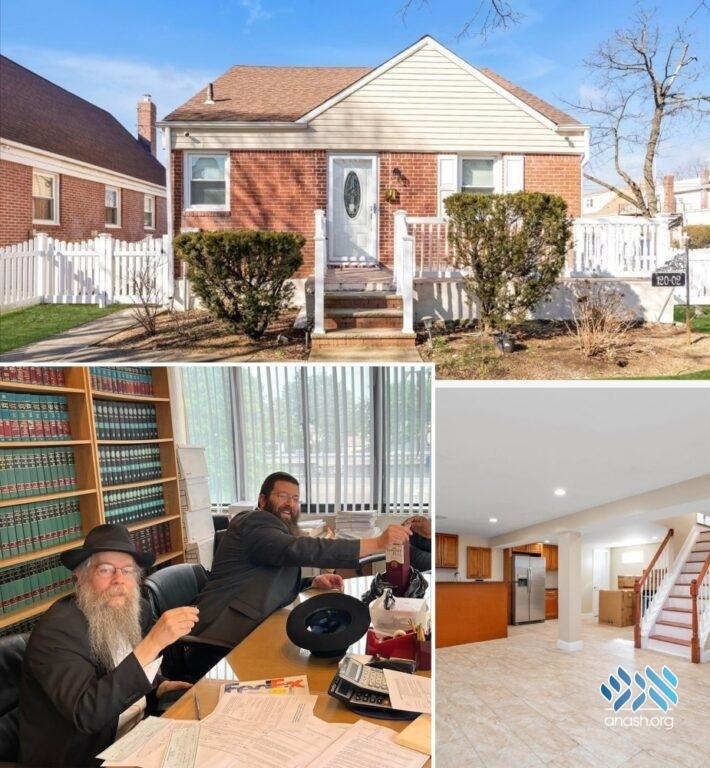 Just ahead of Gimmel Tammuz, Vaad Hatmimim purchased a fully renovated house near the Rebbe’s Ohel, which will be used exclusively for the Bochurim who come to the Ohel for Shabbos and Yom Tov.

Just ahead of Gimmel Tammuz, Vaad Hatmimim closed on a fully renovated house near the Rebbe’s Ohel, which will be used exclusively for the Bochurim who come to the Ohel for Shabbos and Yom Tov.

Among the many programs the Vaad runs for bochurim in Chabad yeshivos around the globe, is helping arrange Shabbosim and visits to the Rebbe’s Ohel, both throughout the year, and especially at times likes Tishrei and Gimmel Tammuz.

The massive influx of chassidim who visit at such times will sometimes leave bochurim walking a distance to sleeping accommodation. The new house will provide a place for visiting bochurim to stay while at the Ohel for Shabbos or Yom Tov, at no cost.

“Recognizing the growing need for a place for Bochurim to stay by the Ohel, Baruch Hashem today the Vaad Hatmimim closed on a house near the Ohel,” Rabbi Tzvi Hirsh Altein, director of Vaad Hatmimim, told Anash.org.

Rabbi Altein said that idea to purchase the house came about after Reb Eliyahu Shlosberg traveled to the Rebbe’s Ohel for Simchas Torah and saw the distances many bochurim needed to walk after dancing hakafos for hours. He decided to sponsor a house in close proximity to the Ohel for the use of bochurim.

The fully renovated house is located at the corner of 230th Street and 120th Avenue., just over five minutes from the Ohel by foot.

The Vaad says that the house will be ready for use by Shabbos Gimmel Tammuz next week, when thousands of chassidim are expected to visit.

The house was sponsored by Reb Eliyahu and Yonah Shlosberg in memory of his father, Rabbi Avraham Yitzchak Shlosberg a”h.

The Vaad thanked Rabbi Asher Zeilingold for his help in making the purchase possible, and to Rabbis Yossi Kaplan, Zushe Gurevitz and Eli Gurevitz for their help.