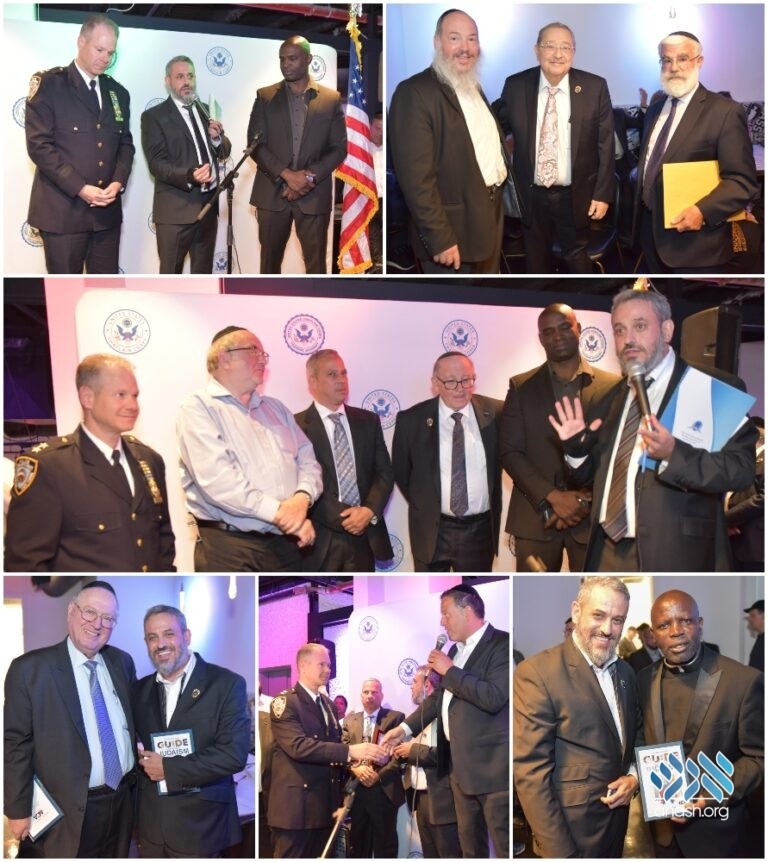 On August 15, 2022, select chaplains from the United States Chaplain Corps (USCC) joined key members of the NYPD to pay tribute to the late Chaplain Chief Charles Scholl. The evening celebrated not just the life of Chief Scholl and his deep connection and dedication to the USCC, but also the commitment of the NYPD to protecting and serving all New Yorkers. That commitment was echoed by attendees and speakers proudly vocal about their own support for the NYPD.

Chaplain Chief Scholl, who served as the USCC’s General Director, Law Enforcement, died suddenly on Friday, June 17. Prior to his retirement in 2020, Scholl had a long prestigious career with the NYPD culminating with his appointment as police chief of Brooklyn South.

Chaplain Mendy Coën, USCC’s Director-General shared warm memories of Chief Scholl’s relationship with the organization and shared video footage of Chief Scholl addressing a training for chaplains working in support of the NYPD. Chaplain Coën also announced that a bronze statue of Chief Scholl had been commissioned by the USCC, and that a street near Chief Scholl’s home in Brooklyn would be named after him. Later in the evening Chaplain Coën, presented Franklin Sepulveda Director of NYPD’s Traffic Division with an award and honorary chaplaincy.

A common theme shared by most of the speakers including Chaplain Tzvi Weill from Flatbush Shomrim Safety Patrol was unflagging support for the NYPD officers who face an onslaught of negativity on a daily basis. The crowd unanimously committed themselves to helping in any way possible to work together to restore New York City

The memorial event for Chief Scholl took place at the trendy Brooklyn restaurant, Bass and Bourbon. After the awards and speeches, guests went up to the roof level for shared camaraderie while enjoying a lavish buffet.