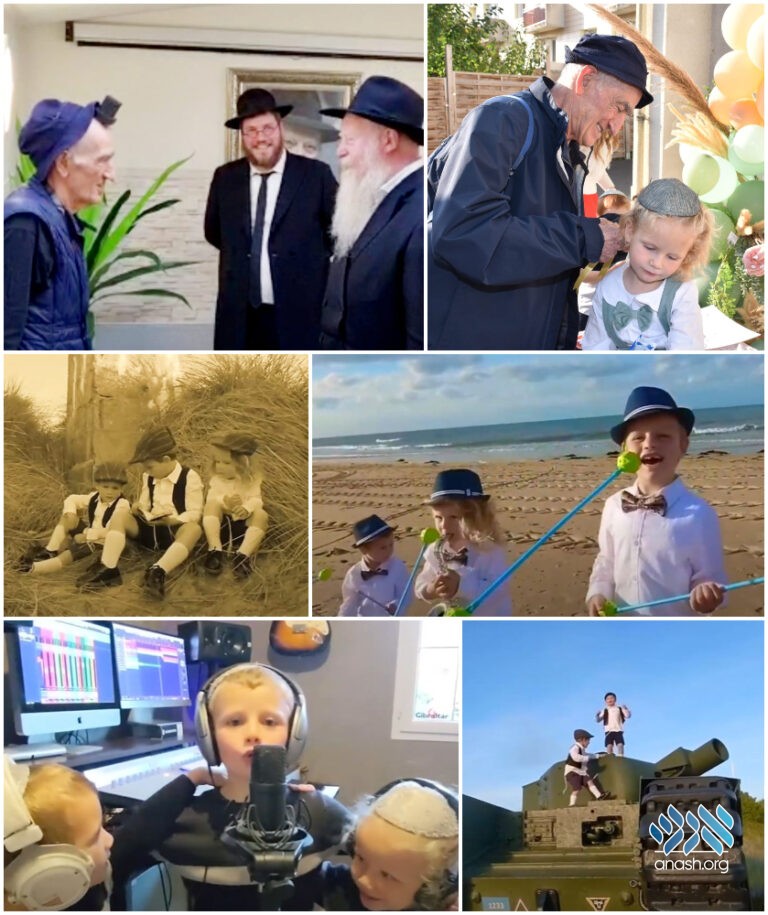 When Rabbi Motti and Zlata Levin, shluchim to Caen in Normandy, France, created a video for the upshernish of their son Chaim Menachem, they didn’t realize that it would inspire an 82-year-old guest to put on tefillin for the first time.

Rabbi Motti and Zlata Levin, shluchim in Caen, capital of Normandy, France, celebrated the upshernish of their son Chaim Menachem, who is named after his late great grandfather, Rabbi Chaim Menachem Teichtel a’’h of Jerusalem.

Rabbi Chaim Menachem Teichtel survived World War ll in France, and today his grandchildren, Rabbi Levin, his brothers and their families, are all shluchim in this same desolate area – Normandy – where they lift spirits and bring Yiddishkeit to life for the local residents.

At the event, a video was shown explaining the custom of the haircut at the age of three, and the upsherin boy’s connection to his roots.

The coasts of Normandy are known as the location of the Allies invasion, which was the turning point in the eradication of the Nazis in World War ll.

The video showed children on a journey tracing the Normandy landings, in the same jeep army vehicles that the Allies used in the invasion. They then explore authentic German bunkers and assist there at the writing of a special Sefer Torah.

Rabbi Motti and Zlata organize trips such as these for children and families a few times a year. Hundreds of tourist groups, both young and old, are very moved by this tours.

Following the video and the exciting ceremony, one of the guests, an 82-year-old Jew, stood up and put on tefillin for the very first time!

The event was attended by the shliach’s father, Rabbi Y.Y. Lewin (and his wife), principal of a boys’ high school at Schneur in Aubervilliers, as well as his father-in-law, Rabbi Eliezer Nisilevich (and his wife), chairman of the Schneur Institutions in Aubervillers.