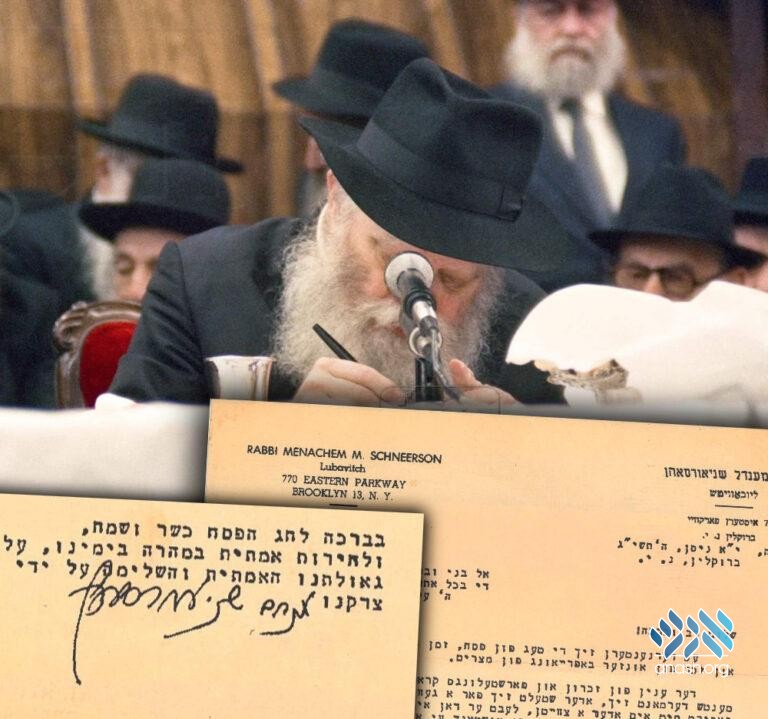 While the vast majority of the Rebbe’s Michtovim Kloli’im were published in various formats, one such letter has eluded scholars. Chabad Historian Rabbi Nochum Zajac managed to track down a copy, and is sharing it with the public.

Throughout the years of the Nesius, the Rebbe would issue a message to the public, in connection with Tishrei and Pesach. In some years, the Rebbe issued messages prior to other Yomim Tovim as well.

Known as Michtovim Kloli’im, they set the tone for the upcoming Yom Tov, with the Rebbe shedding light on particular Ruchniusdige meanings, demands, and opportunities of the season, urging us to contemplate the messages highlighted in the letter as we prepare to relive that special time.

These letters were composed as personal and timely messages for the specific people, places, and times spelled out in the way the letters were addressed: “To the Sons and Daughters of Our People Israel, Everywhere.”

The Rebbe would address foundational themes in Jewish thought about our purpose and responsibilities as Jews, and articulates them in layman’s terms, underscoring the relevance of these ideas today.

The Rebbe penned these letters in Yiddish, which in turn, were translated into English and Loshon HaKodesh, all to be reviewed by the Rebbe before their release.

Most of the original letters in Yiddish, have been published in various publications. However, I have recently come upon one such letter which had been distributed in connection to Pesach of the year of 5713 [1953], and I have noticed that this letter has not yet been published in any official capacity. This is unlike the other letter of that year, which was translated into Loshon HaKodesh, which has been published in Igros Kodesh and in other publications.

I am grateful to the DMS Yeshiva Archives for making available an electronic copy of this letter.