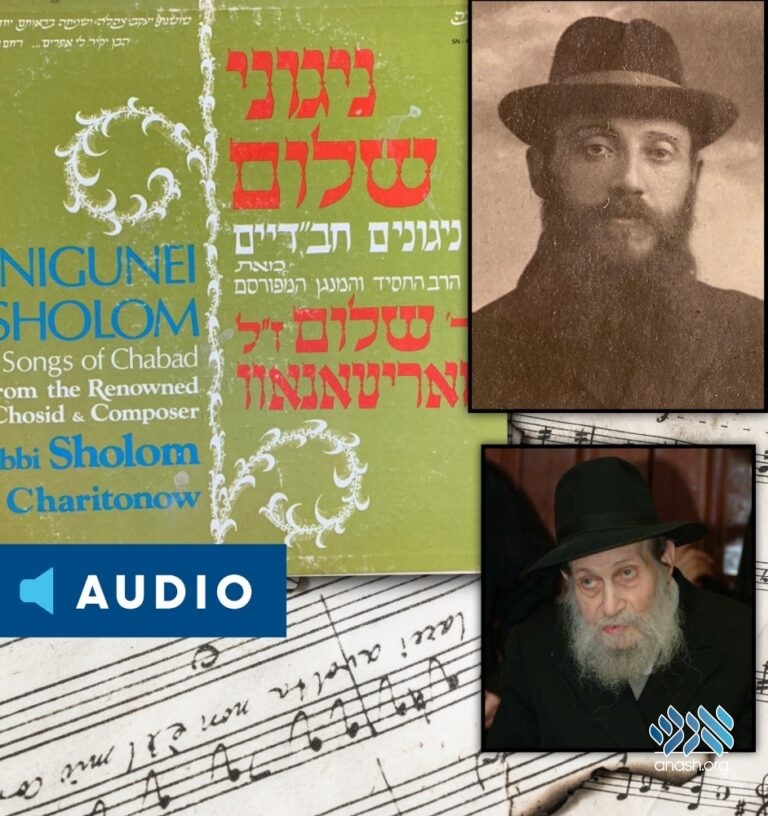 A tenuah composed by renowned chossid and composer Reb Shalom Charitonov, and sung by his son Reb Shamshon Charitonov, was discovered almost by mistake this past week, 50 years after it was recorded.

A tenuah composed by renowned chossid and composer Reb Shalom Charitonov, and sung by his son Reb Shamshon Charitonov, was discovered almost by mistake this past week, 50 years after it was recorded.

This past Shabbos, Tes Kislev, marked the 13th yahrzeit of Reb Shamshon Charitonov, who was known for being a genuine chossid and oved, and a ba’al menagen of note.

To mark the yahrzeit, his son R’ Avrohom Charitonov of Crown Heights sent out audio files of a number of niggunim sung by his father. The niggunin had been recorded by Reb Shamshon in 5733 for a record of his father Reb Sholom’s niggunim, which later came out as an album titled ‘Niggunei Shalom’.

Listening to the audio clips, a number of listeners realized that one of the niggunim was one that had not been included on the album, and in fact was a niggun that was unknown to anyone besides the Charitinov family!

The discovery of another niggun composed by the famed composer Reb Sholom Charitonov quickly excited chassidim and aficionados of Chassidic music around the globe.

As to the source of the niggun, and why it had remained unknown until now, R’ Avrohom explained: “The tenuah was composed by my grandfather, and my father recorded it with the other niggunim composed by my grandfather for the album he produced. It seems that due to time or space constraints, the niggun was left out of the album, and so it remained unknown and forgotten until today.”

But, despite the hope that additional niggunim would come to light, R’ Avrohom says that this is the only niggun that had been recorded and not included in the album.

The recording of Reb Shamshon has him singing it without any words, but according to his son, the tenuah was originally sung with the following words: ‘Es benkt zich aheim, tzu dem tatten aheim, tzu der mamen aheim‘ – I yearn for my home, for my father, home, for mother, home. He says he does not know why his father recorded the niggun without the words.