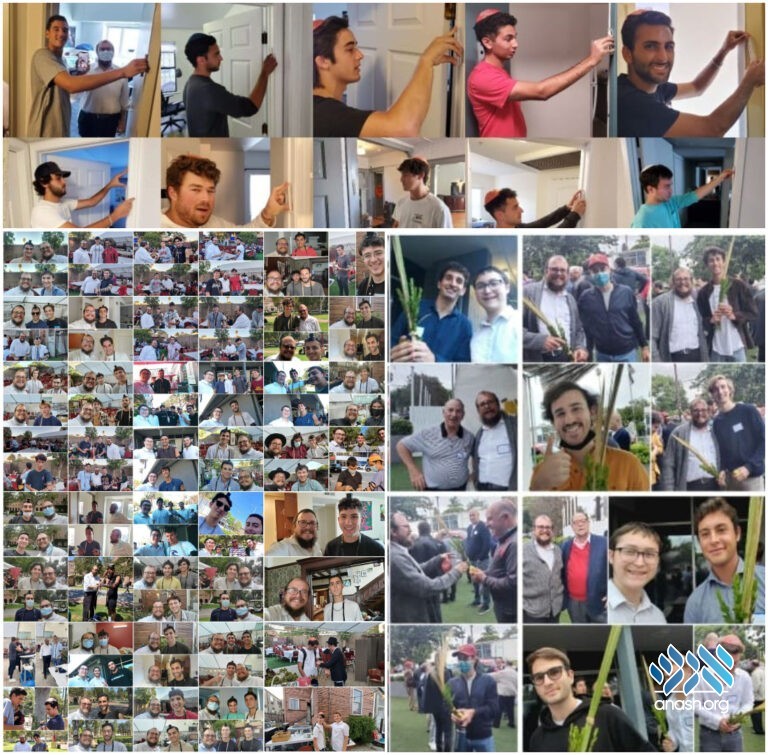 Since campus life has returned to in-person this year, Rabbi Dov and Runya Wagner, shluchim at University of Southern California, say they have never seen such an outpouring of interest and involvement.

Universities are back in-person after over a year of remote learning due to COVID, and in some places that has led to record-breaking interest and numbers. With events, Sukkahs in different locations on campus, and good old-fashioned mivtzoim, the USC campus was shaken up this Sukkos – almost 1,000 brochos on the Lulavim and Esrogim in all.

Bochurim Tzvi Spielman from Crown Heights, Mendel Druin from Miami, and Zalman Rodkin from Boston – along with Menachem, Shneur, Moshe, and Meir Wagner from USC – took the campus by storm. Manning the campus Sukkah for hours every day, along with Sukkahs at the USC Village, the SAM fraternity, and at the Chabad House, they interacted with hundreds of Jewish students, lighting the spark of Jewish pride and doing a Mitzvah.

The Mivtzoim and Sukkos events reached their peak on Simchas Torah, as hundreds of students celebrated their connection with the Torah in lively Hakafos at the Chabad House that went on until the early hours of the morning.

In general, since campus life has returned to in-person this year post-COVID, Jewish life has been busier than ever. According to the Shluchim, Rabbi Dov and Runya Wagner, they have never seen such an outpouring of interest and involvement before, with every Shabbos drawing 300-400 students to the Chabad House.

“Jewish students are more interested than ever,” Rabbi Wagner says. “Over 100 mezuzahs have gone up around campus already this semester, several hundred tefillin wraps. There is clearly a significant pent-up demand for engagement and Jewish life.”

Every week, the Chabad @ USC Instagram page is filled with mitzvahs – #mezuzahmondays, #tefillintuesdays and more. “Students see other students doing mitzvahs in the pictures on social media,” says Runya Wagner. “That creates excitement – but it also normalizes it to people who otherwise might never consider a Mezuzah or Tefillin. Each week after the pictures go up there are new requests for more.”

Lots more pictures are available by following @chabadusc on Instagram, Chabad @ USC on Facebook, or at www.chabadusc.com