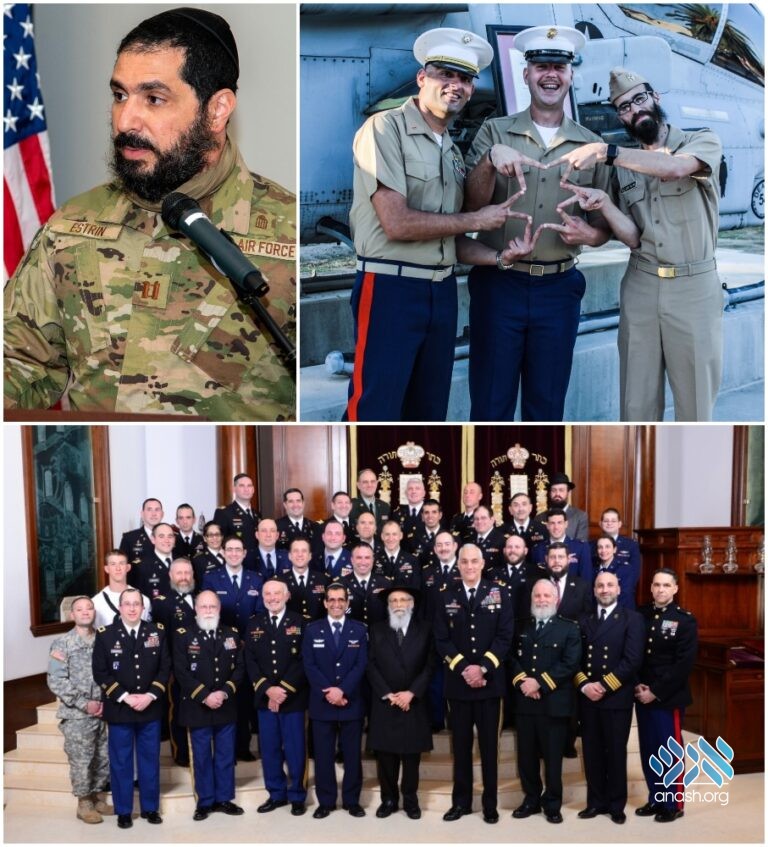 During the Kinus Hashluchim, four Lubavitchers in uniform under the auspices of The Aleph Institute will be giving a presentation on the unique opportunities of a chaplain shlichus.

Message from the Aleph Institute:

Are you looking for a Merkos-supported Shlichus that comes with pay, full benefits, opportunities for professional training and career progression, and more?

Join US military chaplains and Shluchim to hear more about a completely unique Shlichus. Four Lubavitchers in uniform under the auspices of The Aleph Institute will be presenting various aspects of this special shlichus, and will be available to answer questions: Chaplain, Major Elie Estrin of the US Air Force Reserve; Chaplain (Captain) Mendy Stern of the US Army; Chaplain, Lieutenant Levi Ceitlin of the US Navy; and Chaplain, Captain Dovid Grossman of the US Air Force Auxiliary. This fascinating event will be held at Shain’s Shul (390 Kingston Ave) on Thursday night, Oct 28, at 6:15, following Maariv.

Every one of the Rebbeim from the Tzemach Tzedek onward made significant amounts of effort to help Jewish soldiers!

The Tzemach Tzedek had an open door policy for any soldier – if a Jew came dressed in military uniform, they were permitted to walk straight into his office, no questions asked!

This open-door policy for Jews in the military was kept for several of the succeeding Rebbes.

The Rebbe Rashab was extremely concerned with sending matzos for Pesach and arranging kosher food for soldiers, putting tremendous efforts to ship matzos to Jews at the front of the Russo-Japanese war.

The Frierdiker Rebbe wrote a famous letter and booklet with special Tefillos to be distributed to every Jew in the Armed Forces.

Our Rebbe convinced several rabbis to become military chaplains, and was involved in several fascinating cases involving Jews in the US military.