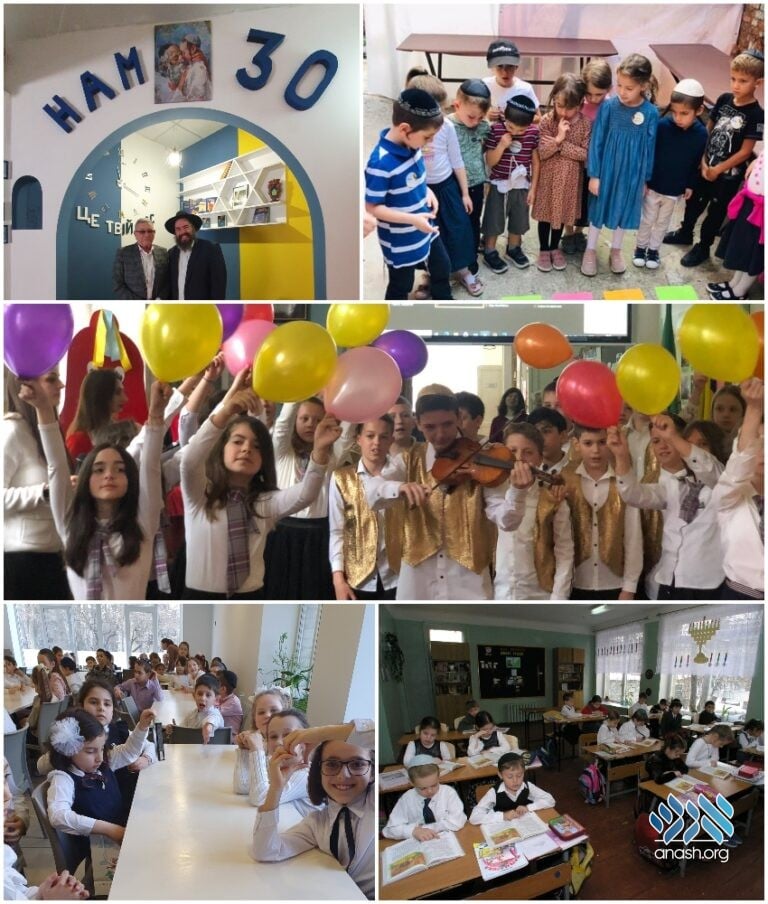 Despite tensions building up on the borders of Ukraine, 400 students of Kharkov’s Or Avner School, were full of excitement and pride as they celebrated the 30 years since School’s founding.

Despite tensions building up on the borders of Ukraine, 400 students of Kharkov’s Or Avner School, were full of excitement and pride as they celebrated the 30 years since School’s founding.

Rabbi Moshe Moskovitz, Chief Rabbi of Kharkov was sent by the Lubavitcher Rebbe with his family in the summer of 1990 to Kharkov to revive Judaism. The Rebbe’s mission was always clear that first and foremost comes Jewish education.

In 1936 the last Jewish school in Kharkov was closed under the communist regime and in February 1992 together with Grigory Shochet the Moskovitzs opened Kharkov’s Jewish Day School. Since its first days, the school has always been a second home to the thousands of children who are proud to have been students of such a unique school.

Rabbi Moskovitz told the students that “the whole world is looking at Ukraine now and asking what is happening with the Jewish communities there? Are schools open? Are people walking in the streets as usual? We can proudly say that all of you are here, learning in our Jewish School, smiling and proud of your Jewish heritage”

In elementary school, the smiles and excitement continued as the children had prepared for weeks for the big day! Singing “Oseh Shalom” and “Happy Birthday” the young students enjoyed a special program and festivities.

Vlada Koshiy, a former student and mother of Masha in 2nd grade “Our school is not just a building- it is alive and growing and with all the changes over the years it has always remained a family- a place where all the students, teachers and alumni feel like one!”

The Kharkov Jewish School is an integral part of the Kharkov Jewish Community that has since August 1990 grown to be a strong, united community. The community is now sending hundreds of food packages to Jewish homes in Kharkov for Shabbat giving a message of hope and being there for each and every one. Especially in these times the 25000 Jews in Kharkov turn to the community for support and encouragement and continue to pray for a miraculous miracle so they can continue their work in Kharkov.

Click here to help continue the work in Kharkov.