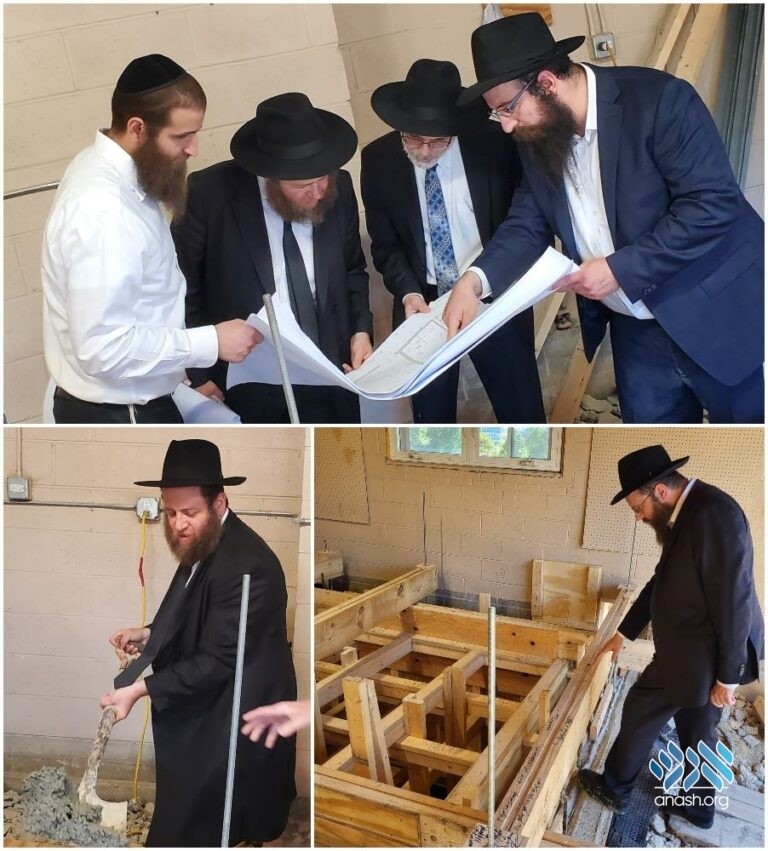 FREE in Illinois celebrated the pouring of the boros for their Mikvah today at their suburban Chicago location in Riverwoods. Then they found out something the shliach and contractor had in common.

FREE in Illinois, led by Rabbi Shmuel and Shternie Notik, celebrated the pouring of the boros for their Mikvah today at their suburban Chicago location in Riverwoods.

Rabbi Notik grew up in the Soviet Union and helped his parents, Rabbi Yaakov & Chana Notik OBM, maintain the secret Mikvah hidden in their home. To his surprise, he learned that Mr. Anshel Gershengorin, who together with his son Morris are the contractors building this beautiful Mikvah, had a very similar experience. Mr. Gershengorin recalls how his grandparents secretly dug a Mikvah behind their home in Soviet Russia, never giving up on this vital Mitzvah even in the most challenging times.

“The Rebbe & the Rebbe Rayatz gave our parents the koach for actual m’siras nefesh,” Rabbi Notik said. “Today we see the results, a Jew whose grandparents kept this Mitzvah despite the odds has the z’chus to build a Mikvah for so many Yidden in this area and beyond.”

FREE’s Riverwoods Mikvah project is spearheaded by Rabbi Ari Rendler and will include both Men’s and Women’s Mikvaos. Leading local Rabbonim, including Rabbi Meir Moscowitz, head shliach to the State of Illinois, Rabbi Yona Reiss, Av Beis Din of the CRC, and Rabbi Baruch Hertz, Rov of Anash in Chicago, came to see the Mikvah before the cement pouring began and were shown around by Rabbi Sholom Ber Notik.