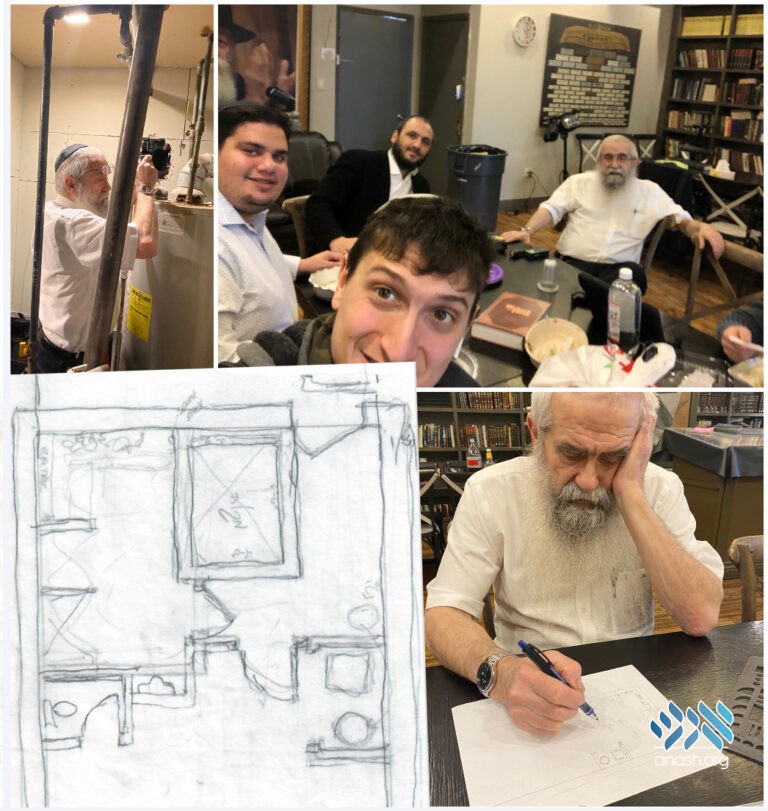 After a sewer back up damaged Aliya Center’s basement music studio, they decided that instead of just rebuilding, they would create a mikvah, one unlike any other mikvah the community has to offer.

After a sewer back up damaged Aliya Center’s basement music studio, they decided that instead of just rebuilding what was, they would take the opportunity to go to the next level.

The flood, caused by a sewer malfunction, took place in the month of Tishrei, and caused severe damage to the Aliya Music Studio. When the leadership of Aliya, headed by Rabbi Moshe Feiglin, got together to plan what to do, they decided that they would take a section of the basement and build a mikvah.

To get the mikvah started, they flew down Rabbi Gershon Grossbaum, a renowned mikvah expert from Minnesota. Rabbi Grossbaum began the new project by giving a class in Aliya, explaining the intricate details of what makes a mikva kosher.

Rabbi Grossbaum then toured the Aliya basement, taking measurements and laying out a plan on how to build the new Aliya mikvah in the most practical way.

“The guys were all extremely excited about this new addition to Aliya and all committed to use it despite not having gone to mikvah in many years,” Rabbi Moshe Feiglin said.

The new mikvah won’t be an ordinary community mikvah, like the many others in Crown Heights. Rather, this mikvah will be designed exclusively for young men who would never go to the mikva otherwise. It will be a private beautiful room with a shower and changing room for one person at a time.

Over the next months, the next stages of the mikvah building will be planned out, including a campaign that will likely take place around Yud Shvat.

“May this new Aliya mikvah initiative usher in the complete Geulah and help the Aliya members purify themselves and be able to bring up korbanos as soon as the Third Bais Hamikdash is built,” Rabbi Feiglin said.