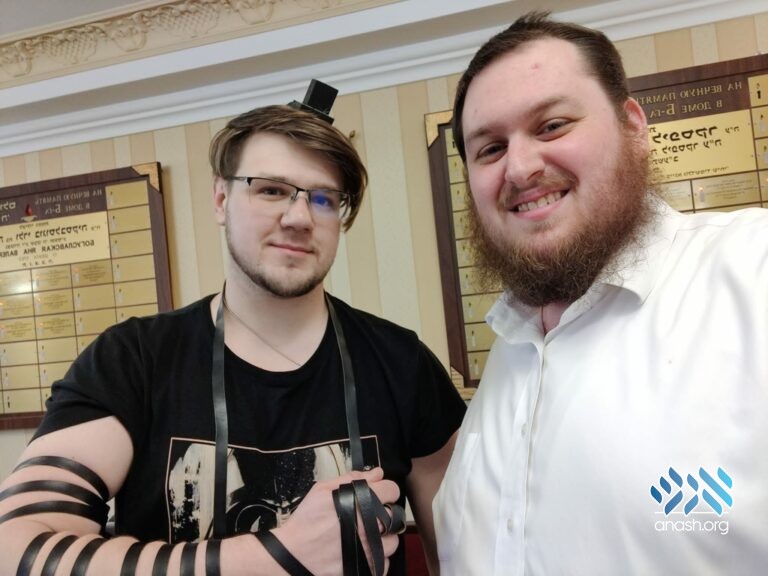 A young Ukrainian soldier fighting at the front against Russia was released for a few hour break, went straight to Chabad House to put on tefillin.

A young Ukrainian soldier who is fighting at the front lines was released for a few hours and went straight to Chabad House to put on tefillin.

Even before heading home, the soldier named Wald went to the Beis Chabad in the central Ukrainian city of Poltava, where shliach Rabbi Simcha Lebenhertz helped him put on tefillin.

“Wald was recruited to the army as part of the state of emergency and the law that obligates all young people to enlist,” Rabbi Simcha said.

“He called in the morning and said that the first thing he wants to do is put on tefillin, before he returns home. After he put on tefillin, he thanked the shluchim and Chabad for staying in the area and seemed very moved.”

Rabbi Simcha Lebenhertz is a resident of Kyiv where his father, Rabbi Motti Lebenhertz, runs the largest educational institution in the city. After the invasion began, he left Kyiv for the quieter city of Poltava, where his in-laws live.