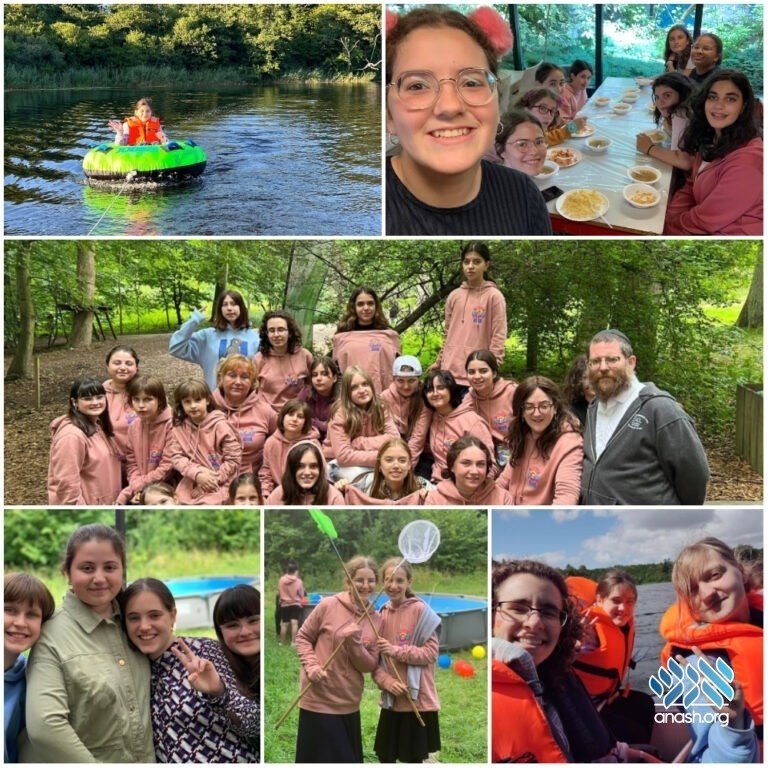 In its inaugural summer, CKids Gan Israel overnight camp in Denmark opened its doors to a group of orphans from Ukraine to join the fun.

When Sara K. was six months old, her aunt brought her to the Jewish orphanage in Odessa, Ukraine. Her father was out of the picture and her mother struggled with a destabilizing addiction. When her aunt realized that Sara’s life was in danger, she knew giving her up was her only chance at a normal life.

This past February, when Russia declared war on Ukraine, a background of turmoil turned into the day-to-day reality for Jewish orphans in Odessa. “Chaos and fear was the only thing we could count on,” says Mrs. Chaya Wolff, director of Mishpacha Orphanage in Odessa. “We had no idea what tomorrow would look like.”

Most of the orphanages were forced to evacuate, and the orphans of Odessa moved to Germany, far from their homes and everything familiar. With the usual summer camps no longer an option, orphanage directors had to think outside the box to offer these orphans something to look forward to.

When Rabbi Yitzi and Rochel Loewenthal, directors of CKids Gan Israel of Europe, heard about the plight of these kids, they rushed to offer an invitation. “We wanted to treat these forlorn souls to a summer of high-energy fun, spirited singing, and fulfilling friendships.”

The Danish camp unites campers from different countries, cultures, and backgrounds. All counselors are multilingual, and seven different languages are spoken throughout the campground. “With campers from all over Europe, including Denmark, Norway, Ukraine, Sweden, and Holland, we represent an audience that is as diverse as Europe itself,” says Rabbi Loewenthal.

The Loewenthals have been the Shluchim in Denmark for 25 years and bring extensive experience running camps.

“The positive effect that camp has had on the kids has been unbelievable,” says Rabbi Zalmy Loewenthal, director of CKids. “We’re looking forward to continuing to expand this initiative.” The Danish camp is the third of ten CKids Gan Israel overnight camps to launch by 2030, a goal announced earlier this year by Rabbi Mendy Kotlarsky of Merkos 302.

Sara K, now eleven years old, has not had an easy childhood. This year, full of evacuations and warfare, has been especially harrowing. But if you watch her cheering with her bunkmates, all smiles and song, you would never guess what she’s been through. Maybe that’s the true power of summer camp—the ability to reimagine yourself.

To find out more about CKids Gan Israel, visit Ckids.org/camp.