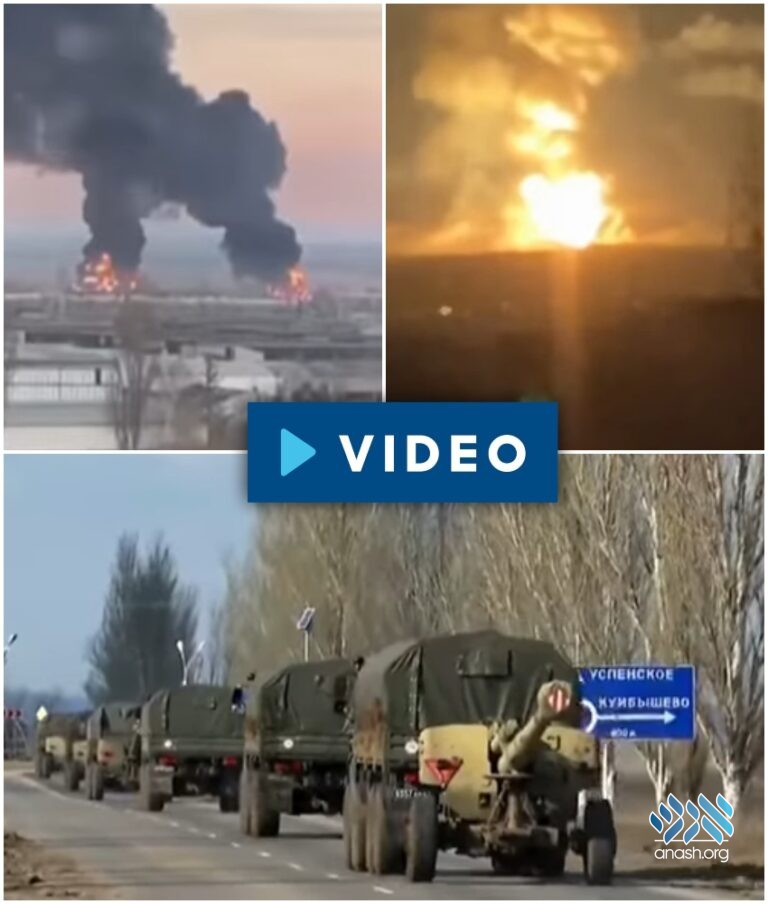 As Russian forces launch an all-out invasion of Ukraine, shluchim to the country say they are staying put to care for their communities and assist in emergencies.

Russian President Vladimir Putin launched an all-out invasion of Ukraine by land, air and sea on Thursday, the biggest attack by one state against another in Europe since World War II and confirmation of the worst fears of the West.

On Thursday, rabbis of 160 Jewish communities in Ukraine issued special instructions to the leaders of communities and asked them to keep all the guidelines, take care of all the Jews in their cities and stressed that “We are staying here, in the country.”

Instructions included safety and security measures on what to do in case of fire directed at homes, turn off the light, lie down and hide in rooms or halls without windows.

Be prepared to take in community members who may choose to flee to your community home shul. In such situations, the first priority is to go down to the basement with everyone.

The instructions included a call to prepare for a long time of crisis: “Be prepared with a quantity of water and dry food for several days. The ingredients should be in an accessible place without disturbances in access, in order to avoid panic and injury.”

Rabbi Mendel Moskovitz, the shliach to Kharkiv, in eastern Ukraine, said on Thursday afternoon that “as of now” the community is staying put.

Kharkiv, just 30 km from the Russian border with Ukraine, is now surrounded by Russian tanks, he said.

“We are the largest city, closest to the Russia-Ukraine border, and as such we are naturally the first place to be overtaken.”

The shliach to the Ukrainian capital of Kyiv on Thursday said dozens of people were sheltering in his synagogue, where he and his wife had stockpiled tons of food, fuel and mattresses in expectation of the Russian invasion that finally came overnight.

Rabbi Yonathan and Inna Markovitch said hundreds of Jews still remained in Kyiv, mostly those who lacked the means to escape the city before the attacks started early Thursday morning. Those who did not leave before 6:30 a.m. were now stuck inside the city as the roads around it had become completely clogged with civilians trying to flee the fighting, they said.

The Markovitches said they did not know how many of the roughly 2,500 Jews that make up the Kyiv community remained in the city, but they knew it included the 200 or so who are bedridden and likely several hundred more, based on the fact that they normally deliver packages of food to 800 needy members of the community.