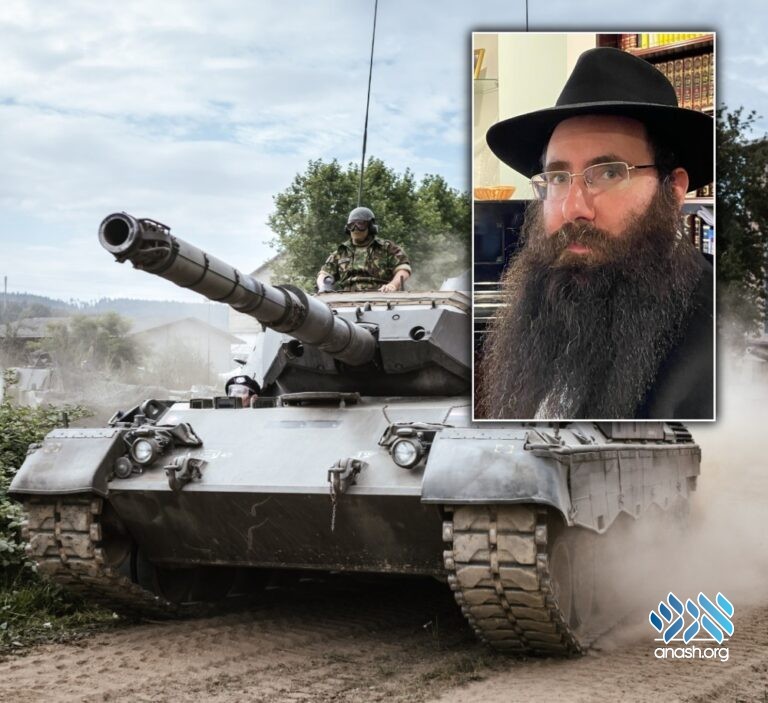 Despite reports of impending war, shluchim are determined to remain with the 20,000+ members of the Jewish community in the eastern Ukrainian city of Dnipro.

Despite reports of impending war, shluchim are determined to remain with the 20,000+ members of the Jewish community in the eastern Ukrainian city of Dnipro.

Rabbi Chazan added, “The local media is not reporting on the situation too much, but I am aware that there is a lot of propaganda on both sides. It is hard to know what — or who — to trust. We are part of the Jewish community here. We have yeshivot, a boys’ school, a girls’ school, a mixed school, old aged homes, everything.”

The Chazan family also lived through the 2014 Russo-Ukrainian War. “We saw a lot of upheaval,” Rabbi Chazan told the Jewish Telegraph. This time, however, the Ukrainian army “has improved” — and contains Jewish soldiers, one of whom sits next to Rabbi Chazan in his synagogue.

“It is worrying, even if nothing is actually happening yet on the ground,” he added.