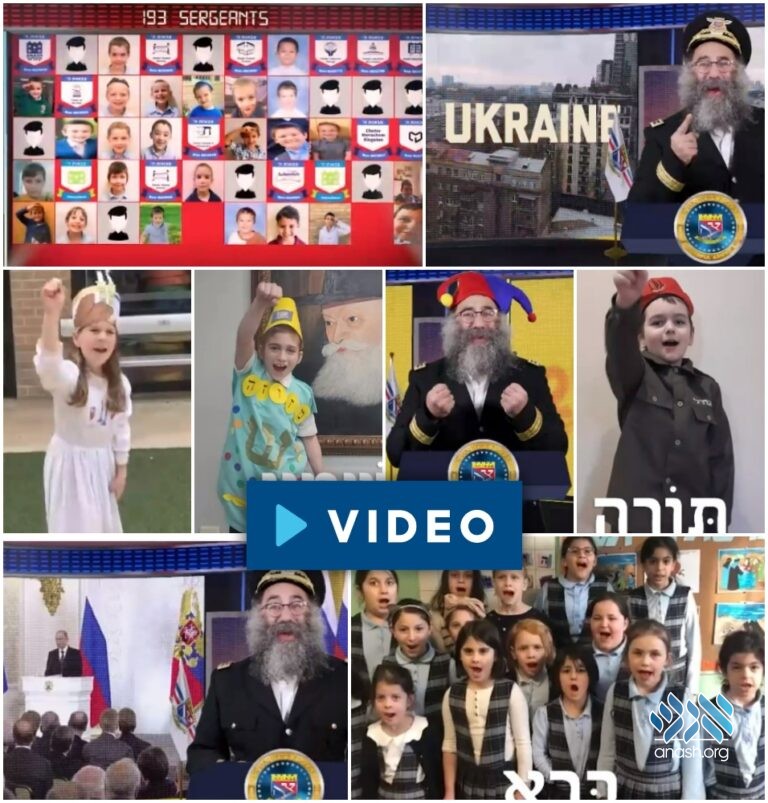 Watch: The pre-Purim Tzivos Hashem rally took a lesson from the ongoing war in Ukraine to teach us how to fight our inner battle with the yetzer hara.

Just as Mordechai did by the Purim story, Tzivos Hashem is gathering its troops for a powerful Purim rally.

“The rally addresses the situation going on in Ukraine and leave the soldiers with a powerful message,” says Rabbi Shimmy Weinbaum, general of the Chayolei Tzivos Hashem brigade.

“We have an enemy, invading our territory. With one goal to take control of our lives. When WE don’t allow that enemy into our lives and we stand strong and hold the enemy out, that will stop the bad people in the world invading places that they should not,” he said.

“It’s our mission to show the world who is truly in control of the world. By not letting the Yetzer Hora invade our lives we will show the world that Hashem is the one and only Commander in Chief. And this will bring about the time when there is only one king of the entire world that will represent Hashem and everyone in the world will follow his command,” he said.