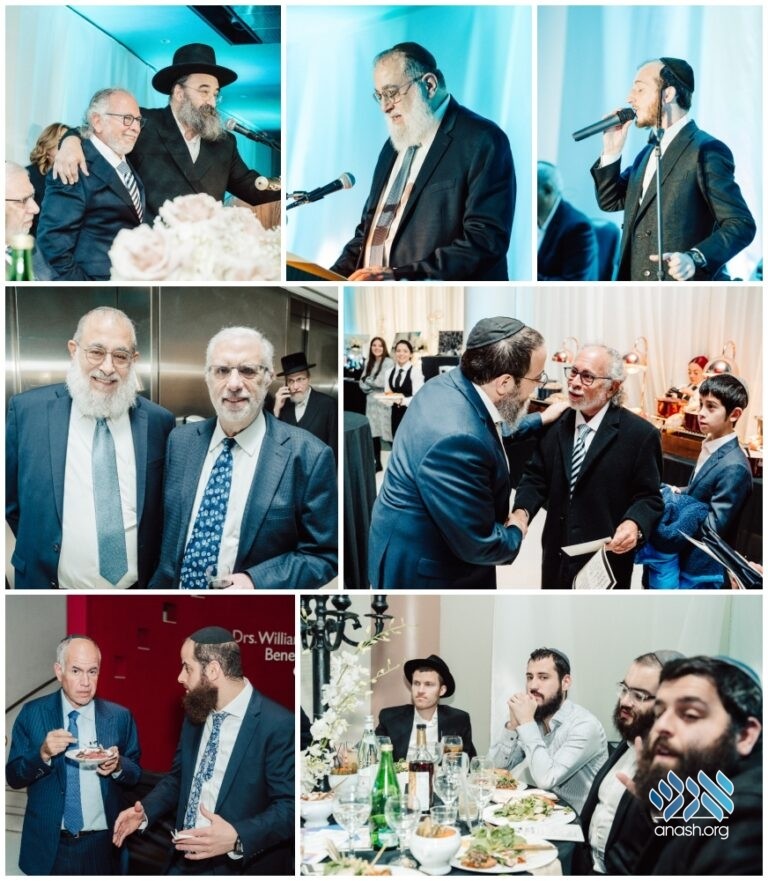 Tzivos Hashem celebrated their 42nd year with a gala dinner this past week, honoring Yossi and Michelle Zakon and others for their dedication to the mission of changing the lives of children around the globe.

On Tuesday evening, November 22, more than two hundred guests gathered at the Jewish Children’s Museum. It was the 42nd annual gala of Tzivos Hashem, the largest global Jewish children’s organization that enriches the lives of children from all backgrounds, giving them access to the richness of the Jewish heritage.

Dr. Marcia Robbins-Wilf and Ralph and Nili Robbins were Guests of Honor. The Wilf/Robbins Families are long-standing pillars of support of Tzivos Hashem and the Jewish Children’s Museum.

Judith and Roger Cowen were presented with the Chessed Award for their dedication to the children of our communities by supporting and continuing to sponsor the activities of Tzivos Hashem.

Michelle and Yossi Zakon were presented with the Couple of the Year Award for dedicating themselves to the activities of Tzivos Hashem since its inception 42 years ago, recognizing the importance of educating Jewish children.

Rabbi Yossi Glick, Director of the Tzivos Hashem Boys & Girls Orphanages in Dnipro Ukraine, presented a personal, inside perspective of what the orphanage children as well as his family have experienced since the beginning of the war in Ukraine.

The program, including cocktails, dinner and a silent auction, was emceed by Rabbi Dr. Jack Cohen. The highlight of the evening was a musical presentation by Shulem Lemer, world-renowned singer whose music reaches across cultural divides, and who was the first Chassidic Jew to sign with a major record label.

Guests walked away inspired by the amazing, global work of Tzivos Hashem, and enjoyed a beautiful and enlightening evening.