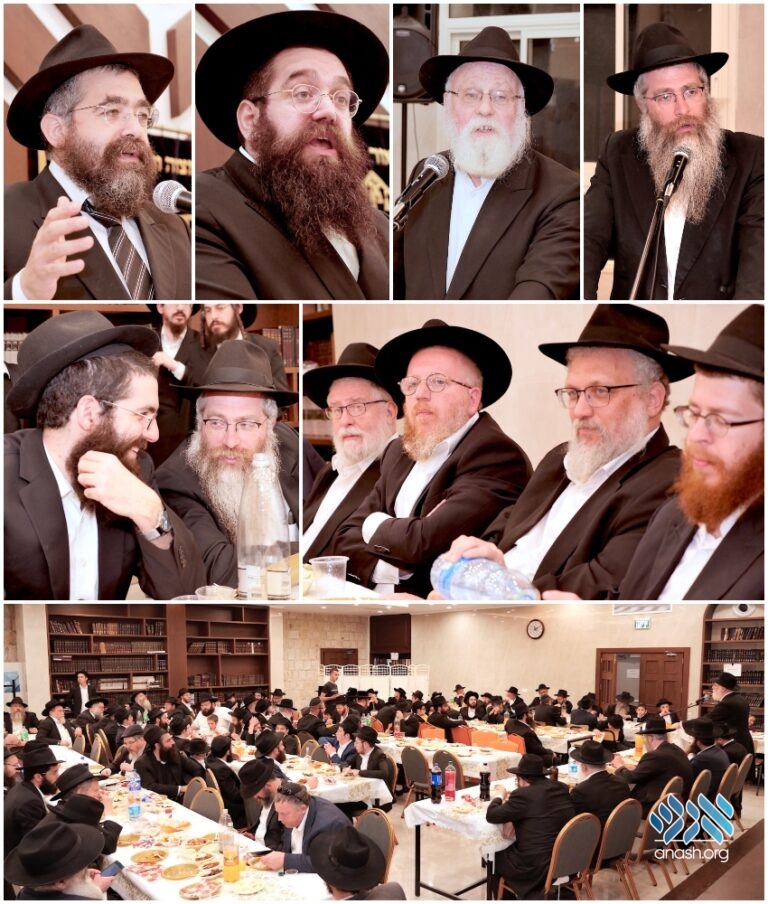 Yeshivas Tze’irei Hashluchim in Tzfas held a Chanukas Habayis event and farbrengen to inaugurate their beautiful new building which was completed earlier this year, held in honour of the Rebbe’s 120th birthday on Yud Alef Nissan.

Yeshivas Tze’irei Hashluchim in Tzfas held a Chanukas Habayis event and farbrengen to inaugurate their beautiful new building which was completed earlier this year.

The new building, which includes a magnificent and spacious bais medrash, classrooms and a spacious mikvah, will serve the students of the Yeshiva, which is geared for young shluchim from across the world.

Hundreds of Tzfas residents gathered for the fascinating farbrengen, led by the yeshiva’s director Rabbi Chaim Kaplan and Rosh Yeshiva Rabbi Zalman Kaplan. The farbrengen was held in honour of Yud Alef Nissan, marking 120 years since the Rebbe’s birth.

Other guests who spoke at the event were shliach to Yesod HaMaala, Rabbi Yaakov Reitzes; former mayor and now director general of the Ministry of Negev and Galilee Development, Mr. Ilan Shochat, who as mayor approved the plans for the construction of the new building; and city council member Rabbi Nachman Gelbach.

Some of the participants toured the impressive new building and newly renovated campus, and expressed their hope to return for future events.

After the formal program concluded, many continued to farbreng with the Rosh Yeshiva until late into the night.