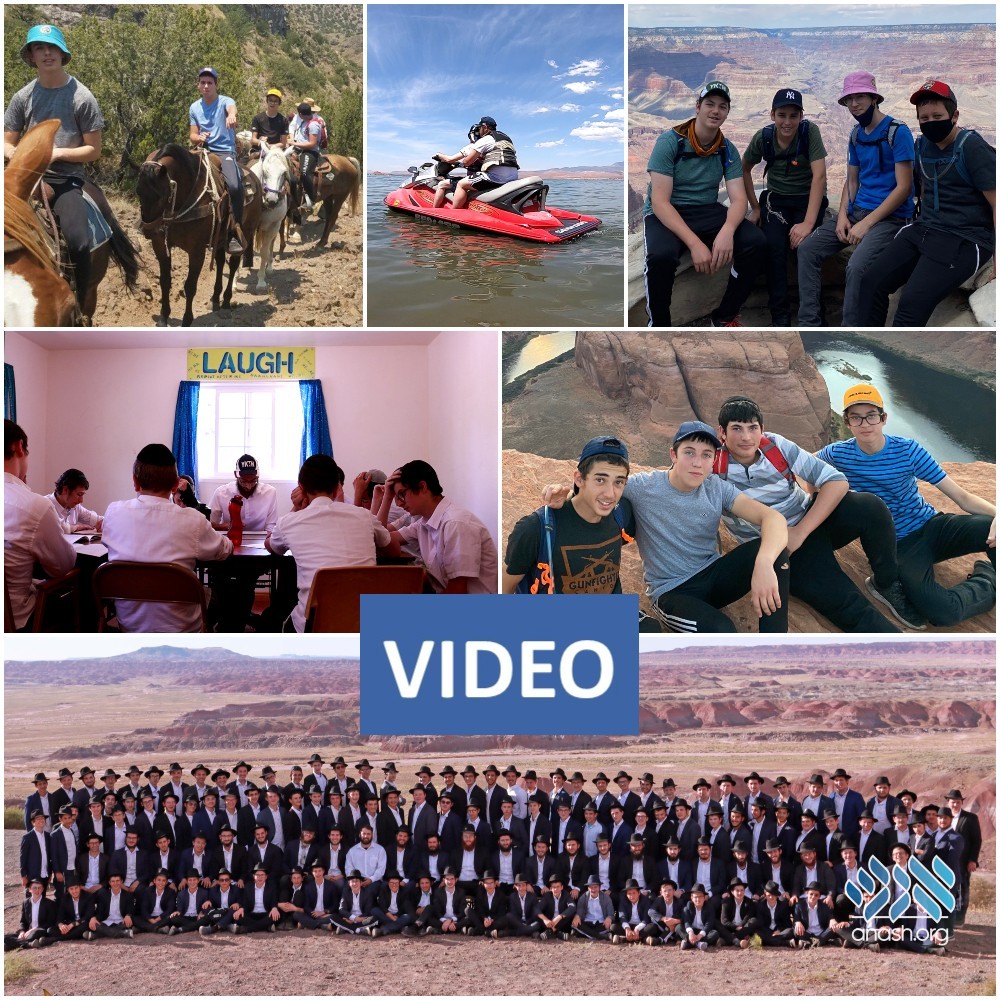 Without knowing what to expect, the directors of Yeshivas Kayitz Tzeirei Hashluchim set out to create an entire summer program from scratch. They say they never imagined just how incredible it would turn out to be.

When the Director of YKTH, Eli Rosenfeld, together with Menahel Gashmi Chaim Heber, under the leadership of Chabad of Tzfas, set out to create an entire summer program from scratch, in a region that had never seen anything like it before, they could not have imagined just how incredible it would turn out to be.

Not only did the program succeed, running smoothly and running well, it also became the experience of a lifetime for every Bochur who attended. The tremendous Siyata Dishmaya and the Rebbe’s Brachos were visible to all every step of the way.

From the moment they got off the busses in Camp Shadow Pines, Heber, Arizona the adventure began. True to the program’s focus on learning and growth, each day started with a Shiur Chasidus, followed by a brand-new learning program that covered the Sugyos of Chamar Medinah and the importance of honesty in a detailed, true-to-the-sources format, as well as a traditional Gemara LeGirsa Seder in the afternoon.

In addition to the regular Shiurim, there was a selection of lectures on such topics as science in Halacha, the history of the crypto-Jews, and more.

Of course, the Gashmiyus was not neglected, with an incredible menu by professional chef Shloimie Ezagui and a full sports league on the regular days.

Then there were the trips, with such destinations as the Grand Canyon, the famous Red Rocks of Sedona, Zion national park, and a host of incredible activities like UTVing, Jet Skiing, and axe throwing, just to name a few.

Plus, there were extras. Starting with Mivtzah Torah, a staple of YKTH, over 40 Bochurim doubled the amount of Gemara they learnt over the summer, and were rewarded with an incredible scuba diving trip in Utah. The “Mamar for Shmuel” Mivtzah, leiluy nishmas Shmuel ben R’ Asher Karnowsky A”H was continued as well.

About 70 bochurim got tested on a Maamar they had learned by heart every Shabbos and were rewarded with a 100-foot cliff rappelling experience. New this year was Mivtzah Gibor, which encouraged the Bochurim to do what needs to get done in their Avodas Hashem no matter what comes their way. They were motivated with a series of prizes and events that had almost every bochur involved. There were also various in house entertainments such as a magician, hypnosis show and a full-on 8th Day concert!

Without a doubt, the success of the program was ensured by the amazing group of staff, led by Boruch Ceitlin and Zalman Denburg, who gave everything they have to give each bochur a fun, exciting, and spiritually enhancing experience. Special thanks to Rabbis Zalman and Dov Levertov of Chabad of Arizona for all their help and support.

As the Bochurim of this truly legendary program return home, they are certain to keep these memories close to their hearts, and will cherish them as the memories of the best summer of their lives. In a summer dominated by trying to make do, YKTH has made the impossible – a program just as good as, if not better than, a “regular” year – a reality.