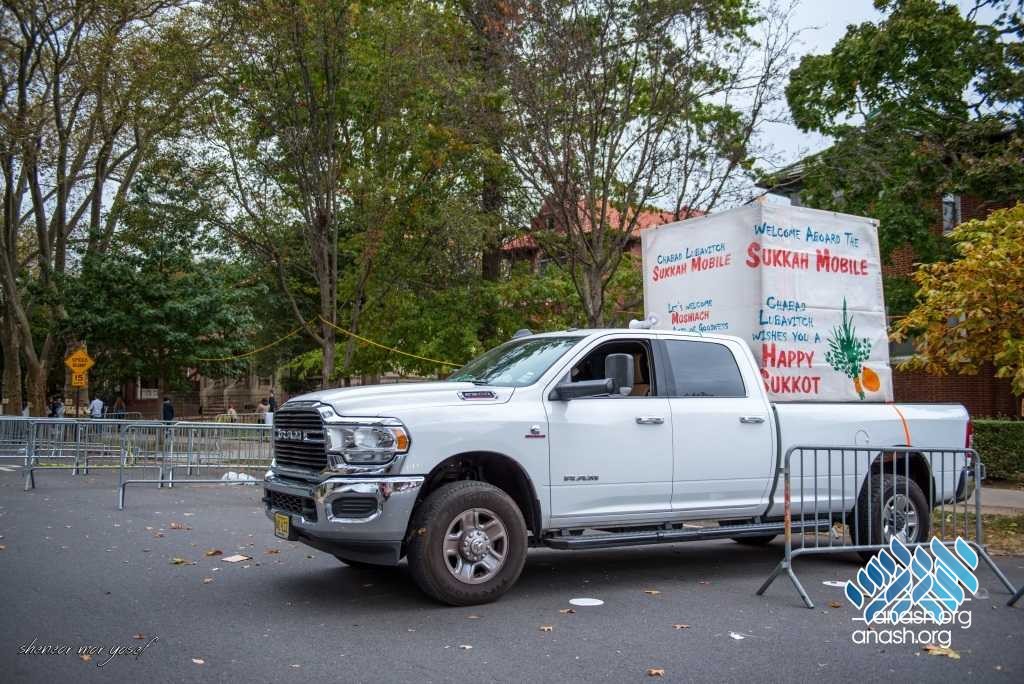 Ask the Rov: Can I zip-tie the schach of my sukka mobile so it doesn’t fly away while driving?

To be kosher, the schach must have grown from the ground, be detached, and not have been turned into a vessel that is susceptible to become tamei (even if it no longer does). As a safeguard, Chazal decreed that the schach shouldn’t even be placed directly on unsuitable materials—e.g. a metal or plastic frame—lest one come to use that object for schach as well. One may place schach directly on a brick or cement wall, or stones, since one will not come to use the wall or stones for schach.

If the schach’s main support is susceptible to tuma (even midrabanan), one should place something that isn’t—like wood slats, even if they are nailed down—to separate between the frame and the schach. (Although some poskim are stringent with even indirect support, the Alter Rebbe rules that only direct support is a problem, as every sukka ultimately stands on the ground which is invalid for schach.) If the sukka was made without kosher support slats, it is kosher after the fact, and one may sit in such a sukka even as a preferred option.

The schach must be placed in a manner that it won’t blow away in a normal wind; otherwise the sukka isn’t kosher, even while the schach is in place. To accomplish this, one may place an object that isn’t susceptible to tuma—e.g. heavy 2x4s—on the schach to weigh it down, or use unprocessed plants—e.g. bamboo or lulav leaves—to tie it down. However, tying the schach down with regular rope or plastic cable-ties would be considered supporting the schach with unsuitable materials.

When using bamboo mats, besides ensuring they are kosher—not made for sleeping, not held together with string that is susceptible to tuma, and that they provide sufficient shade—they also must be supported independently of their stringing which isn’t kosher for schach. This entails placing the reeds perpendicular to the support beams and sandwiching them with heavy 2x4s on top, also perpendicular to the reeds.

If only an extreme wind would blow away the schach—e.g. a storm, or while driving a mobile sukka—the sukka is kosher as it is, and one may therefore use unsuitable materials to hold the schach in case of a strong wind. (Though, he shouldn’t use the sukka during an extreme wind since at that time it’s being supported by possul materials.) In any case, the schach may not be nailed down since this is too permanent.