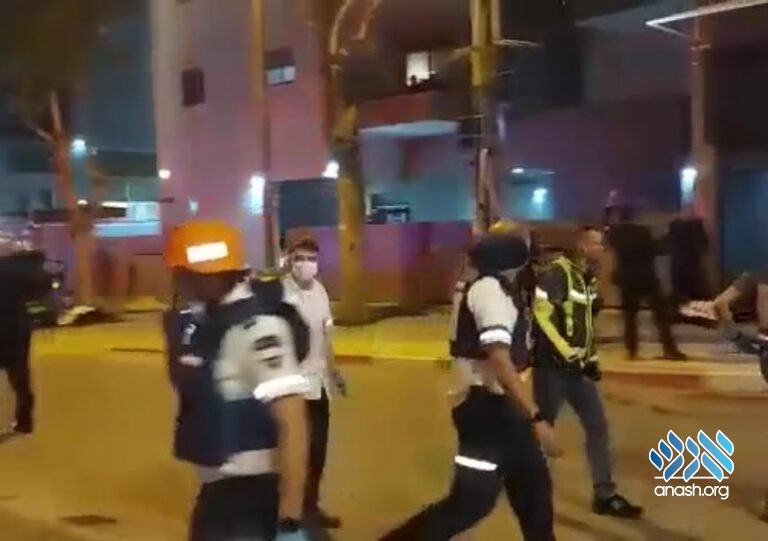 Two people were killed and multiple were injured were in a terrorist shooting attack in the coastal city of Hadera in Eretz Yisroel on Sunday evening.

Two police officers were killed in a terrorist shooting attack in the coastal city of Hadera Sunday evening.

According to initial reports, five people have been wounded, including two police officers, when two terrorists carrying automatic weapons opened fire on passersby on Herbert Samuel Street in Hadera.

The ZAKA emergency response organization said that three people were treated at the scene, including one in serious condition and two in moderate condition.

A spokesperson for MDA later said that five people had been treated at the scene.

“At 8:43, the MDA 101 central call center in the Sharon region received a report of five people wounded on Herbert Samuel Street in Hadera. MDA paramedics are providing medical treatment and are evacuating the wounded to Hillel Yaffe Medical Center. Three men are in moderate condition and are fully conscious.”

A police spokesperson confirmed that two officers were wounded, adding that two gunmen were involved and that the assailants were neutralized.

“A short time ago a report was received regarding a shooting incident on Herbert Samuel Street in Hadera. As a result of the shooting, two officers were wounded. The shooters were neutralized, apparently by police forces. A large number of police forces in the area are making their way to the scene of the shooting.”

Authorities later reported that the two critically wounded police officers had died in the attack.