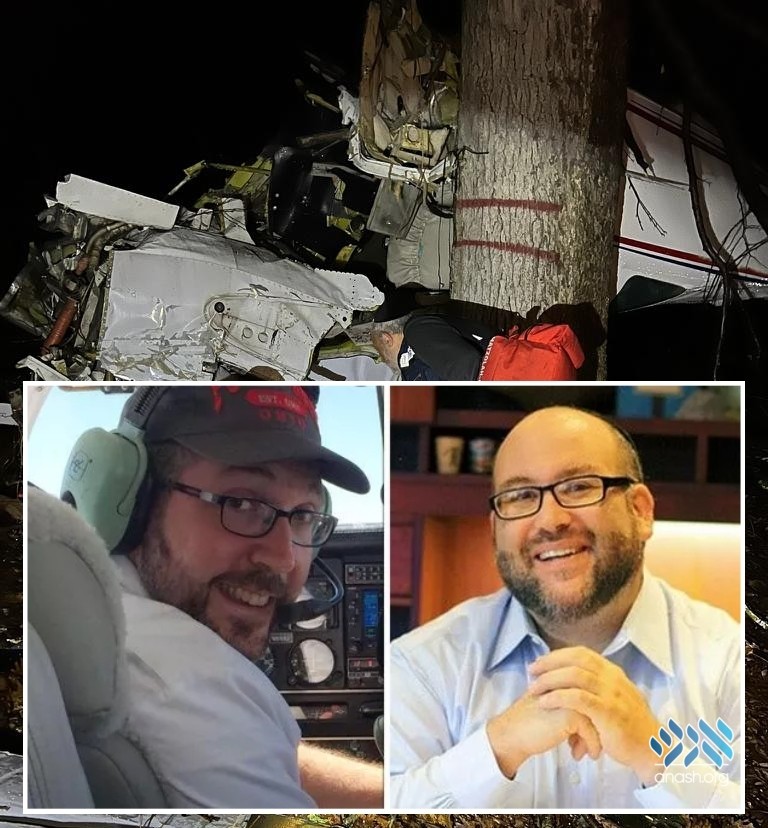 Boruch Taub and Binyamin Chafetz, both residents of Cleveland, were tragically killed in a plane crash near the Westchester County Airport.

Two Orthodox Jewish men were killed on Tuesday when their plane went down in Armonk, NY.

Boruch Taub a”h and Binyamin Chafetz a”h, both residents of Cleveland, were tragically killed in a plane crash near the Westchester County Airport.

According to the Federal Aviation Administration, a Beechcraft A36 being piloted by Boruch Taub reported engine troubles at about 5:25pm local time when it was about one mile from the Westchester County Airport. A call was then made to report low oil pressure and an emergency was declared a few minutes later. A “MAYDAY” was heard over air traffic control minutes later, after which no contact was made with the aircraft.

Search and rescue teams combed the area for hours, locating the wreckage just before 11:00pm. Sources tell YWN that the plane was found in the trees on a small island on a reservoir just near Westchester County Airport.

Misaskim and Rockland Chaveirim were on the scene around an hour after the incident, and are working closely with NTSB and other Federal, State and Local authorities to ensure proper Kavod Hames.