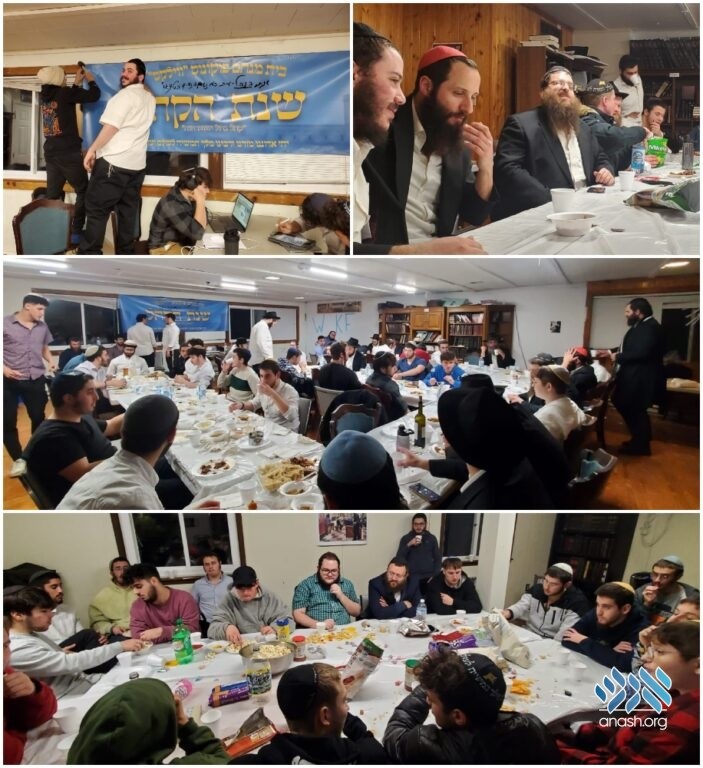 This Rosh Chodesh Kislev was an uplifting Yom Tov for the students in Bais Menachem Poconos, fondly known as “Wilkes-Barre,” with two days of farbrengens marking the auspicious day.

This Rosh Chodesh Kislev was an uplifting Yom Tov for the bochurim in Bais Menachem Poconos, fondly known as “Wilkes-Barre”.

On Wednesday night the students had the honor to hear inspiring words and miracle stories of shlichus told firsthand by Rabbi Dovid Tiechtel, shliach on campus in Champagne, Illinois, in a speech that was equally stimulating and entertaining.

The following night, all of the yeshiva’s staff sat together with the students and shluchim for a Rosh Chodesh seudah. The meal was opened with a Hakhel event followed by a video telling the story of the Rebbe’s heart attack and subsequent recovery. After watching the doctors describe that tumultuous time from their perspective, they then heard about from the viewpoint of the yeshiva’s hanhala.

The official program then continued, before splitting into smaller farbrengens.

“The bochurim came from the farbrengens inspired and uplifted, eager to take the energy of the auspicious day and make it practical for themselves,” one of the farbrengen organizers told Anash.org.