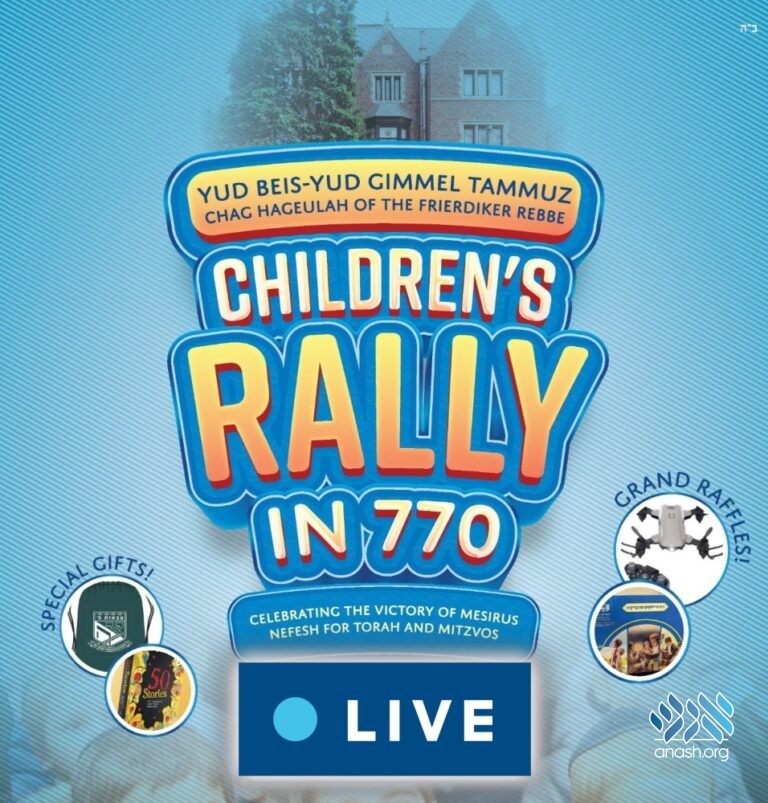 Two grand Yud Beis Tammuz Children’s Rallies will be held in 770 on Tuesday, with separate times for families and camps and featuring special entertainment, gifts and raffles. A live stream of both rallies will be featured here on Anash.org.

The annual Yud Beis Tammuz children’s rally will be doubled this year, to allow for the growing number of Crown Heights children to attend.

Thousands of children are expected by each rally, with the earlier rally designated for camps, and the later rally for Crown Heights families. Organizers are preparing for packed crowds of boys and girls by both of the events.

The rallies, a project of Tzivos Hashem 770, will be marking Yud Beis – Yud Gimmel Tammuz, the Chag Hageulah of the Frierdiker Rebbe, and celebrating the victory of mesiras nefesh for Torah and Mitzvos.

Both rallies will feature special gifts for each child, grand raffles, entertainment, a storyteller, and of course the 12 pesukim, along with Torah, Tefillah and Tzedaka.

A live stream of both rallies will be featured on Anash.org, a proud sponsor of the event.