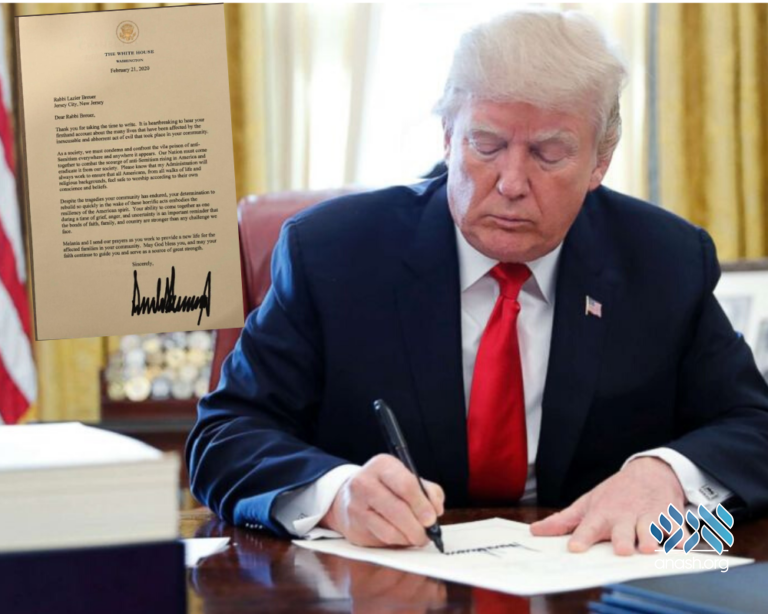 Students of the Cheder located next to the JC Kosher Supermarket wrote a letter to President Trump thanking him for his support during their most difficult time of need. Just a few weeks later they received a letter back from the president.

On January 9, 2020, the highest grade of the Cheder of Jersey City wrote a letter to President Trump, thanking him for words of comfort that he sent following the attack on the grocery store located in the adjacent building, and for the flag he sent them following the tragic incident. The class wished President Trump success in leading the country, and wished him luck for the next four years.

President Trump responded with a letter addressed to Rabbi Lazier Breuer, the principal of the Cheder, expressing his feelings when hearing firsthand about the abhorrent anti-Semitic attack, and pledging to work to stamp out such hateful intolerance everywhere in America. He complimented the community on its resilience and how they came together with bonds of faith and family to rebuild the neighborhood and their lives.

While the loss is still keenly felt, the Jersey City community has shown resilience in their determination to rebuild. A new supermarket has opened several blocks away on the same street, Martin Luther King Drive.