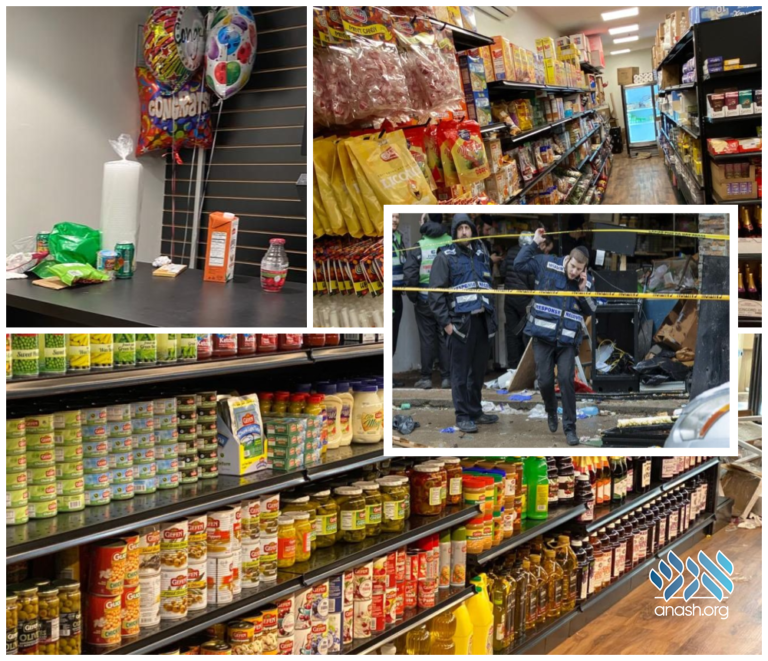 Two-and-half months after a deadly attack on the Jersey City Kosher Supermarket, the business’s owner, whose wife was among those killed, has opened a new market.

Two-and-half months after a deadly attack on the Jersey City Kosher Supermarket, the business’s owner, whose wife was among those killed, has opened a new market.

The new supermarket has opened several blocks away on the same street, Martin Luther King Drive. The store is selling packaged goods for limited hours; next Monday it will begin providing produce as well, and at full hours of operation.

Since the attack, the Jewish community of Jersey City’s only food source (other than driving to nearby communities with kosher supermarkets) was the twice-weekly deliveries from Peppermint supermarket in Monroe.

Moshe Ferencz, who owned the Jersey City Kosher Supermarket along with his late wife Mindy hy”d, had been planning for months to move out of that store’s cramped quarters, and had been paying rent on the new site. The Dec. 10 attack expedited the move.

Authorities say that Anderson and Graham were motivated by Black Hebrew Israelite ideology as well as a hatred of law enforcement. Anderson and Graham are also prime suspects in the murder of an Uber driver in Bayonne the previous weekend, and are believed to have shot at a Jew in a vehicle on a New Jersey highway the week before.

Anderson had lived in Jersey City until five years before the attack.

Media reports said there had been tensions between blacks and Jews, who had just begun moving into the neighborhood three years earlier. But Jews in the neighborhood stated that these reports are exaggerated, and that they mostly get along very well with their neighbors – though they have at times been harassed by Black Hebrew Israelites.

The new store will be called Olive Branch, signifying the community’s hope for peaceful co-existence.