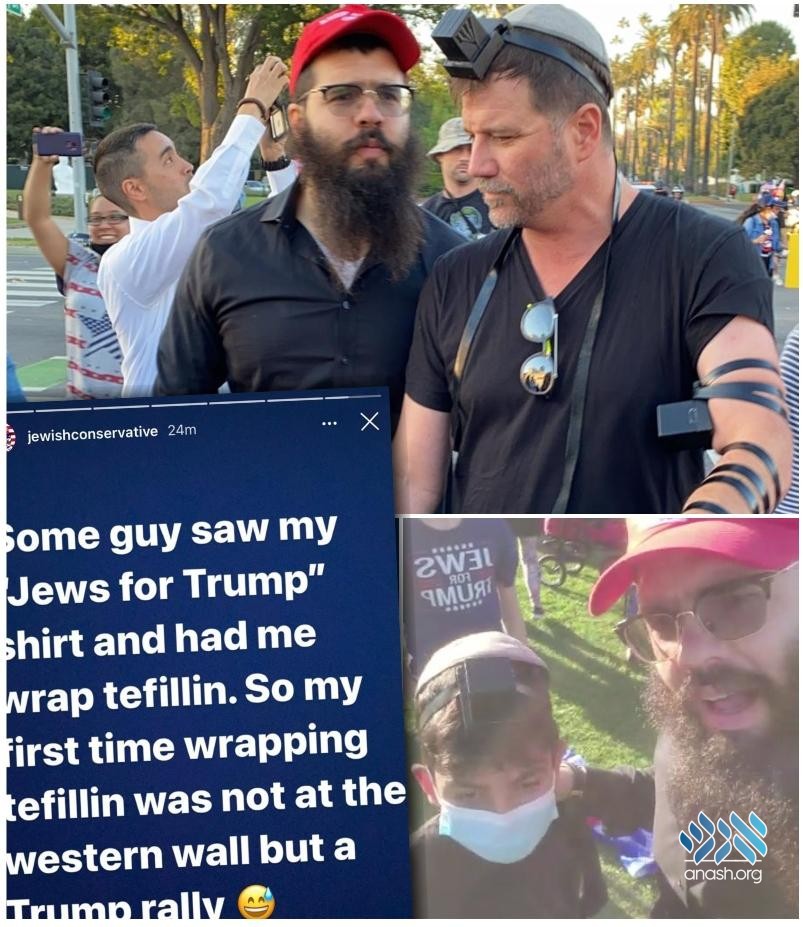 When Shmuly Schapiro decided to go to a rally for President Trump in Los Angeles, he made sure to bring his tefillin along. It led to many wrapping tefillin and even four bar mitzvahs.

When Shmuly Schapiro decided to go to a rally for President Trump in Los Angeles, he knew that he had to bring his tefillin along for any Yidden he would meet. And it paid off.

The rally and march in support of Trump was held in Los Angeles, and parallel marches were held in Beverly Hills, Sherman Oaks and other California locations.

Shmuly decided to attend the LA march, and to bring his tefillin with him. Attending the march were many Yidden, including some with ‘Jews for Trump’ shirts, making them an easy “target” for tefillin.

By the end of the march, Shmuly had wrapped tefillin with many marchers, and even managed to find four individuals who had never put on tefillin before in their life, and did so for the first time there.

One of the “bar mitzvah boys” was so excited by his first time putting on tefillin that he posted about it on his Instagram account, where he has tens of thousands of followers.

“Some guy saw my “Jews for Trump” shirt and had me wrap tefillin,” he wrote. “So my first time wrapping tefillin was not at the Western Wall but at a Trump rally,” he concluded, adding a laughing emoji for effect.