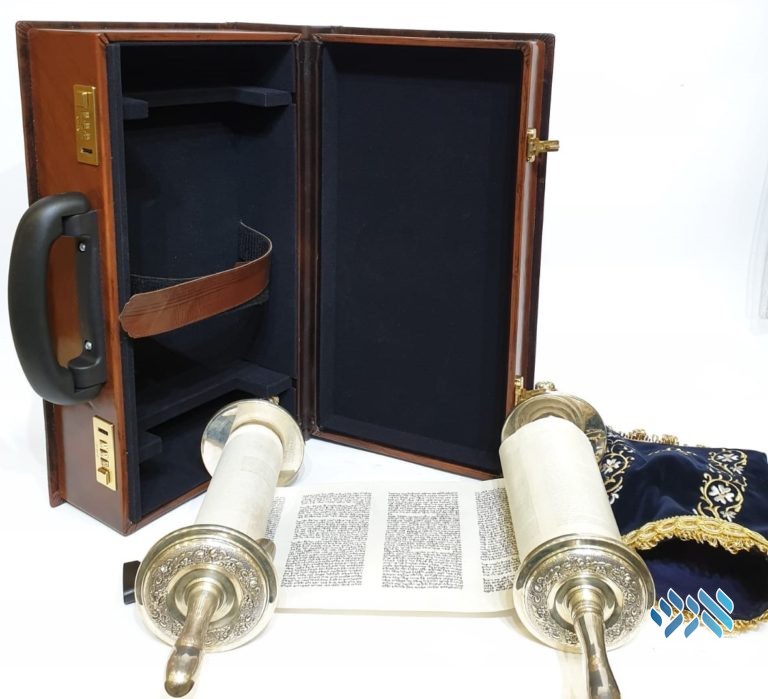 We are making a family reunion in a hotel just for Shabbos. May we bring along a sefer Torah for leining?

It is prohibited to transfer a sefer Torah from its primary location to read it temporarily in another location. Doing so demonstrates that the people are more important than the Torah and the Torah is, therefore, being brought to them instead of the other way around. This applies in principle even when it isn’t possible for the person to come to shul (e.g. in hospital or prison).1

The Rema allows the transfer in justifiable circumstances if at the second location the Torah has a respectable aron kodesh in which it is placed in advance (i.e. at least before davening begins), and it will remain there for at least 24 hours. This is considered a “new location” for the Torah and not simply a “transport.”2

Halacha permits transporting a Torah for a distinguished Torah scholar even without preparing it in advance. Some poskim explain that this is an honor for the Torah and would be allowed even when he could go to shul, while others limit this dispensation to when he isn’t able to go to shul.3 The Mishna Berura rules to be stringent lechatchila and that it is best to prepare an aron for the Torah at its new location to permit it.4

Some poskim accord a mourner a similar status and permit transporting a Torah to a shiva house. Others prohibit it and require those who davened in the shiva house to go to shul afterwards for the Torah reading.5 The custom is to bring a Torah, yet a respectable cabinet or aron kodesh should be arranged. If a minyan in an established shul are waiting for a Torah, the importance of the tzibur justifies bringing a Torah to them.6

The Zohar highlights the seriousness of this prohibition, so much so that certain mekubalim require that even a sefer Torah being transported from one shul to another be accompanied by a minyan.7

There is a custom of ensuring the Torah is read three times in the temporary location. Although it doesn’t have  a clear source, poskim recommend following this minhag as it enhances the respect for the Torah, and the Rebbe reportedly made reference to this custom (with the seeming preference of three readings on three separate days).8 Some say that this extended usage could make up for not arranging a proper aron kodesh.9

In practice: At minimum, a sefer Torah should be brought somewhat in advance and be kept there for at least 24 hours in a respectable aron kodesh.