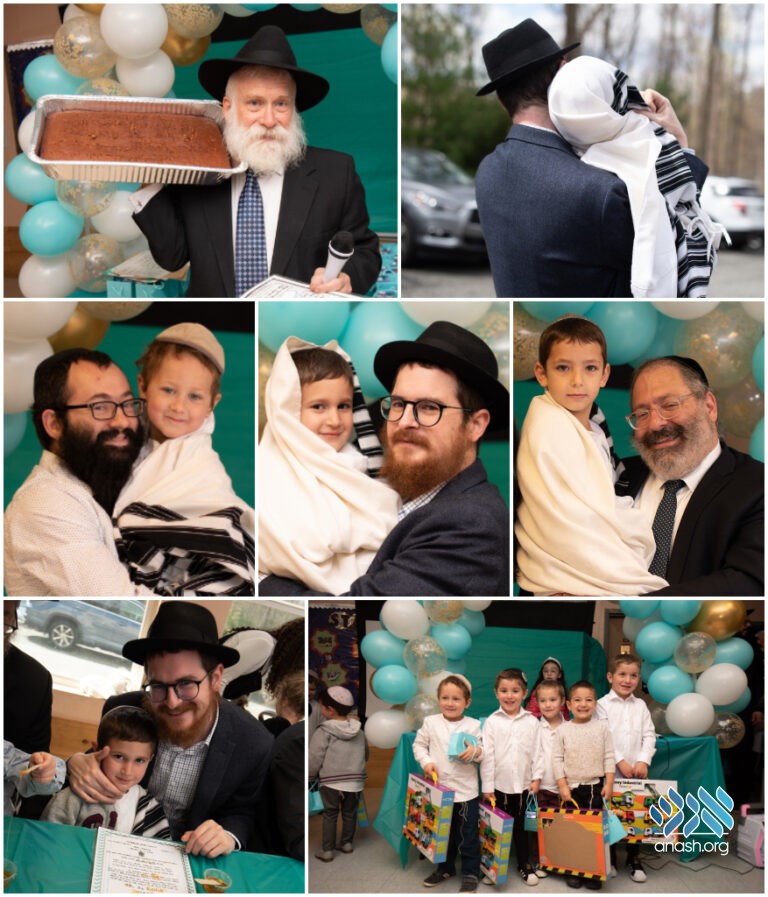 Tens of precious 3 year old boys were treated to a very special areinfirenish on Sunday at the Cheder Chabad of Monsey, where they were given the traditional sweets and showed the sweetness of Torah.

Tens of precious yingelach were treated to a very special areinfirenish on Sunday at the Cheder Chabad of Monsey.

The ceremonial areinfirenish or hachnasa l’cheder, is a custom to bring upsherenish boys to cheder the day after their hair is cut for the first time, and giving them different treats that bring out the sweetness of the Torah.

In recent years, many chadorim began making centralized areinfirenishin for all the 3-year-old boys instead of having tens of parties after each boy turns three.

On Sunday, Cheder Chabad in Monsey held such a celebration. Arranged by Mrs. Light, the children, wrapped in tallesim, were welcomed into the lunchroom where the traditional treats had Alef Beis charts had been prepared.

The children were treated to the letters of the Alef-Beis sweetened with honey, and as is customary, they licked off the shaar blatt (cover page) of a Tanya. Meanwhile, the “malochim” stood nearby and threw candies to the kinderlach as treats for their good behavior, as well as to show them how sweet the Torah is.

After reading the letters the kinderlach in the cheder read the letters from the cake and eggs that are inscribed with the special pesukim. The children then heard from Rabbi Yisroel Shusterman who spoke warmly to them about the zchus to learn in cheder.